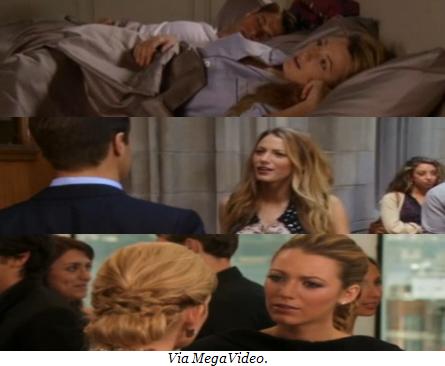 In last week’s Gossip Girl, Serena van der Woodsen was quick to forfeit her Psychology of Business class in order to date the teacher who runs it, Colin Forrester, who is also the man she spent the night before with, who is also the suave businessman who puts a different girl into a cab that Serena hails each morning, thus making her late for class.

Like, get a backbone, girl! Stand up for your right to get an education and become successful in your own right instead of being on the arm of a man who is. (Strong words, yes, but I stand by them. Maybe that’s why I’m still single?!)

Serena’s mother, Lily Humphrey, when she learns that Serena’s dropping the class for a man, even went as far as to ask why Serena’s even bothering with an education when she can use her looks to snag a man like Colin. (FYI, she was using “reverse psychology”, which she picked up from Colin’s book.)

Elsewhere: [MamaMia] Do Women Really Use University as an Excuse to Avoid Starting a Family?