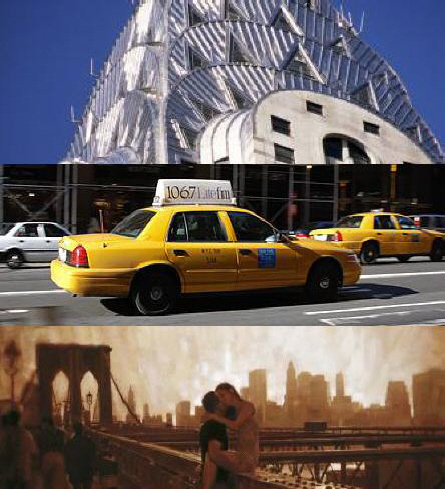 While I’ve never been to New York City, I don’t agree with Conor Friedersdorf’s perception of it. Others, however, may beg to differ…

“Even if New York is a peerless American city, an urban triumph that dwarfs every other in scale, density, and possibility; even if our idea of it is the romantic notion that Joan Didion described, ‘the mysterious nexus of all love and money and power, the shining and perishable dream itself’; even if you’ve revelled in the fact of the city, strutting down Fifth Avenue in a sharp suit or kissing a date with the skyline as backdrop while the yellow cab waits; even if you’ve drunk from the well of its creative springs, gazing at the Flatiron Building, or paging through the New York Review of Books on a Sunday morning, or living vicariously through Joseph Mitchel or E.B. White or Tom Wolfe or any of its countless chroniclers; even if you love New York as much as I do, revering it as the highest physical achievement of Western Civilization, surely you can admit that its singularly prominent role on the national scene is a tremendously unhealthy pathology.

“Despite the rent, the cold, the competition, the bedbugs, the absurd requirements for securing even a closet-sized pre-war apartment on an inconvenient street; the distance from friends and family, the starkness of the sexual marketplace, the oppressive stench of sticky subway platforms in the dog days of August; despite the hour long commutes on the Monday morning F Train, when it isn’t quite 8am, the week hardly underway, and already you feel as though, for the relief of sitting down, you’d just as soon give up, go back to Akron or Allentown or Columbus or Marin County or Long Beach—despite these things, and so many more, lawyers and novelists and artists and fashion designers and playwrights and journalists and bankers and aspiring publishers and models flock to New York City.”

Elsewhere: [The Atlantic] The Tyranny of New York.