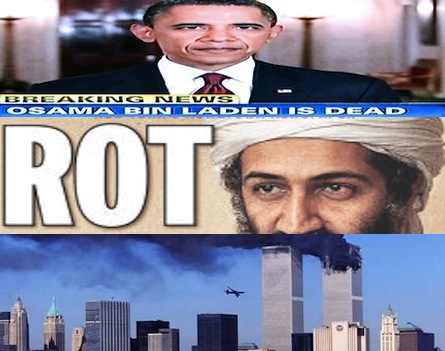 So, yay. Osama bin Laden is dead. If you haven’t been living under a rock for the past week and a half, you would know that.

It’s very cut and dry: they captured bin Laden in a hideaway compound in Pakistan after months of observation, they shot him dead in the head and chest, did a DNA test against his dead sister’s genes, and buried him at sea once it was confirmed it was him.

But the emotions surrounding bin Laden are anything but cut and dry.

The news showed masses celebrating in the streets in the U.S., and his followers mourning him in the East.

But the mistake a lot of people make, I think, is thinking that everyone in the East holds bin Laden in high esteem.

I encountered such racism the day of the martyr’s death, when I sent the equivalent of an office email around my workplace when I heard the news in the mid-afternoon. At this point it wasn’t common knowledge, so I thought most people would like to know that the man who single-handedly changed the world on September 11, 2001, was dead.

A couple of hours later, a colleague approached me and said he thought my message was a bit inappropriate. I asked how, as it is not uncommon for the AFL grand final results or who won the Melbourne Cup to be broadcast around my workplace, as this was a news story just like them.

He said there are Muslims in our workplace and they might have found it offensive.

I told my colleague—and friend, might I add—that I was offended by his small-mindedness, and to get out of my face. In the nicest possible way, of course!

But, legitimately, I was offended by the fact that he thought all Muslims were proud to have bin Laden as their figurehead; the person who represents their religion and culture to the rest of the world. That’s like saying that someone like George W. Bush, Sarah Palin or—God forbid!—Adolf Hitler is adored by the white masses, not taking into account that these people are morons (the former two) who slaughtered millions of people (the latter). This is an abhorrent worldview that, unfortunately, a lot of people hold true.

I followed this altercation up with a friend who happens to be Muslim, just to be sure that I wasn’t overreacting, and he assured me I wasn’t.

There’s always going to be people who have a bigoted attitude to people and cultures they aren’t familiar with, but hopefully bin Laden’s death can be used as a stepping stone in the right direction.

(Note: in reference to a post on the day of the Royal Wedding where I hypothesised that the decade between 2001 and 2011 would be book ended by two of the most important events in our history—September 11 and the Royal Wedding—it looks like I was wrong. The decade has been defined by one horrible man who introduced us to “the age of terror”, and has now escaped it to “rot in hell”, as the headlines have espoused. Not to become a martyr and move on to paradise, or Jannah, as one simple television commentator argued as a reason why they should have captured, not killed, bin Laden. Oh, the ignorance.)

(Note #2: Also check out Mia Freedman’s latest Sunday Life article, in which she demystifies the niqab and addresses bigots.)

Related: The Royal Wedding: The Other Event of the Decade?

Back to the Draw-ing Board: Australia’s Year of Indecision.