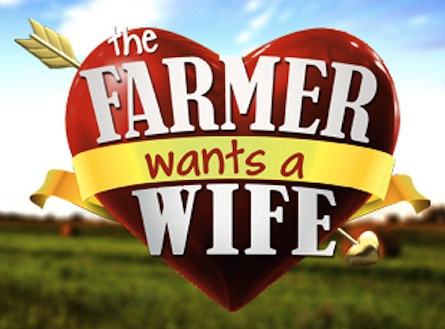 Twice in the last fortnight I’ve had two different people—who I would say are good friends, but not close friends, if there’s a difference—tell me I should go on Farmer Wants a Wife. Now, I have no idea why they would say that as a) I love living in the city and would never move to the country—nor anywhere I didn’t want to— for a man; b) this isn’t to say all farmers are dumb bogans, as you have to be fairly agriculturally savvy to run a farm, but that is not my type of guy—nor person in general—at all; and c) considering these people know how “stridently feminist” (as Caitlin Moran writes in How to Be a Woman) I am, they should know I would never go on a show that describes the sole purpose of the female as “the wife”, while the man gets to be the big, burly, masculine breadwinning “farmer”.

Furthermore, reality TV has become so commodified since its inception, that it would ruin any chance I have at making a name for myself in the writing world, as well as as a human being. Sure, it might popularise my blog and therefore lead to more some freelance work, but at what cost?

But, perhaps most offensively, although I’m still pretty ticked off at the anti-feminist connotations this suggestion brought: do these people think my long-term single status is so pathetic that my only hope is a reality TV show? While I’m not happily single, and haven’t been for a while, I’d rather be that than go on a reality show that would portray me in a certain way (although, in these friends’ minds, I’m already “that way”), pit me against other women in inane, stereotypical challenges and rate me against them, all in a nice little 40-minute package. No, thank you!

So, while I quietly stew over this misperception of me (although, when I surveyed another friend as to whether I should go on Farmer Wants a Wife, they replied: “Wow, I really had you pegged wrong,” if I was actually to consider it. That’s what good friends are for!), would you ever go on a reality dating show? If so, which one(s)? If not, why not?

Related: Lady Gaga is “For Us”.

Will Boys Be Boys When it Comes to Objectifying Women?