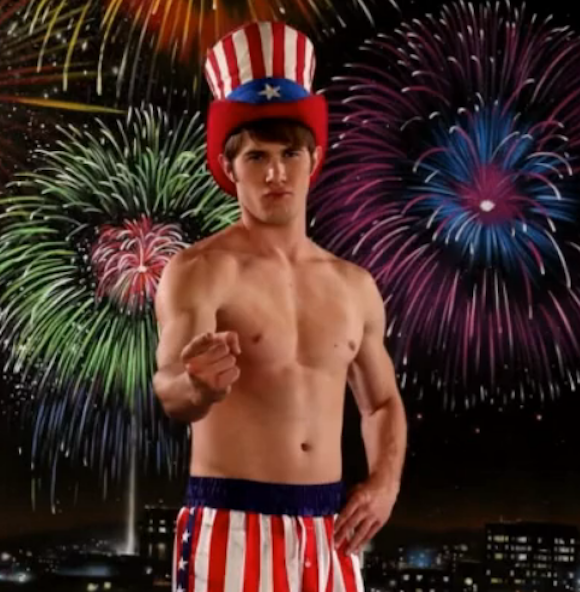 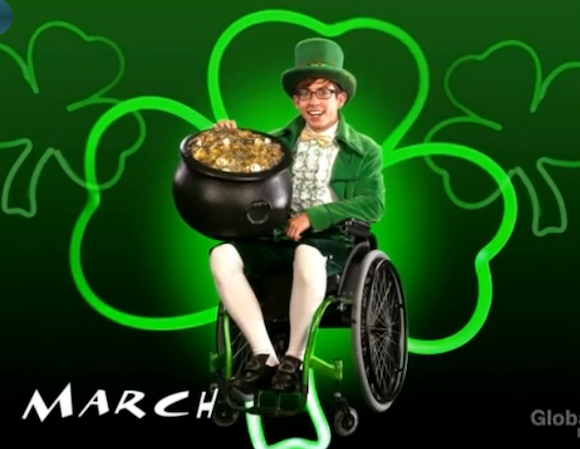 Male body image was the word(s) in Tuesday night’s (excuse the one-day-lateness of this post, as I was all ready to settle down in front of the TV last night to watch “Naked” on Channel Ten, only to discover that Glee has now been demoted to Eleven on Tuesday nights) episode, in which Tina (she’s just a wealth of ideas when it comes to Blaine) suggests New Directions raise money for regionals by producing a “Men of McKinley” calendar.

Being the only non-able bodied man in the group, Artie is understandably perturbed, and defensively asks why the women of McKinley High aren’t being objectified in the calendar, also. Kitty rejoins:

“Girls are the ones that buy stuff. It’s a consumer-driven economy. Those Twilight books are poop on paper and we’ve turned them into a billion dollar industry.”

Yes, ’cause women aren’t capable of deciphering what’s drivel and what’s not. They’re also only capable of being objectified or the objectifiers, never the subjects.

Kitty makes a fair point, though, that hot, shirtless men are more likely to make more money for the club’s regionals fund that sexy schoolgirls. And, let’s face it, we get enough of that already.

None of the Glee men stray from the socially acceptable norm of what’s attractive, so that just leaves wheelchair-bound Artie to take on the body image issues that aren’t exclusively the realm of women, he tells Finn.

Wait a minute: wasn’t there an episode this time two years ago in which Finn was the one with the body hang-ups and Artie espoused words of wisdom for navigating the female gaze as a high school boy? While Finn might have grown up since then and Artie’s still in a wheelchair, it’s just another example of the lack of continuity and explanation in Glee.

At the other end of the spectrum, we have teenage Adonis, Sam, turning into an egomaniac when he receives an überlow SAT score and thinks he has to rely on his looks alone to get by in life.

Meanwhile in New York City, Rachel accepts a role in a student film in which she’ll have to be topless. She decides to do the nude scene, much to the chagrin of Kurt, who says Rachel’ll never be taken seriously as an actress. Supportive boyfriend, Brody, retorts that all the serious actresses have done nude scenes. Nudity=Oscar, as I’m sure Seth MacFarlane would concur…

Elsewhere: Two of the Boob Showings Referenced in Seth MacFarlane’s “We Saw Your Boobs” Song Occurred During Rape Scenes.