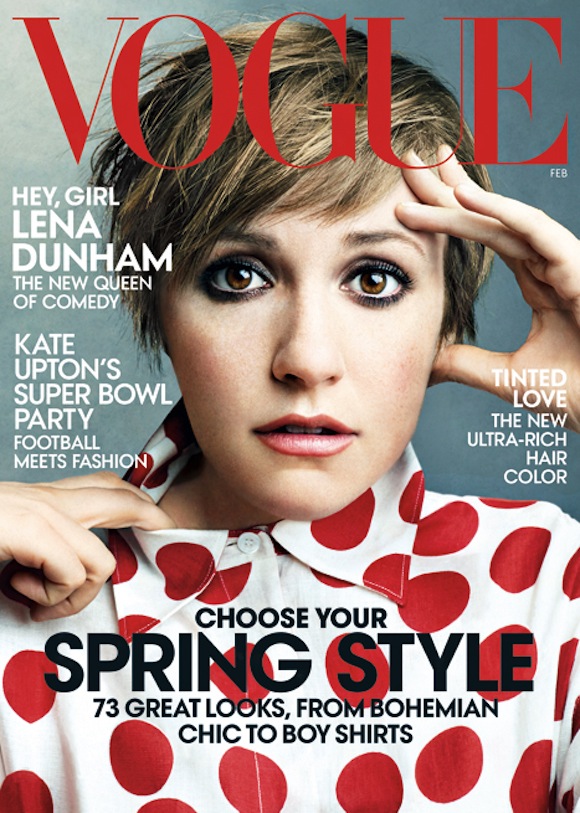 There Lena Dunham goes, creating controversy no matter what she does. Actually, it wasn’t so much Dunham’s American Vogue cover that’s polarised feminists the internet over but Jezebel’s bounty for unPhotoshopped images from Dunham’s shoot.

I kind of get where they’re coming from in that Vogue has a sordid history of Photoshopping its subjects to within an inch of their lives, but it’s puzzling as to why Jezebel’s targeting Dunham’s outing in the mag.

Within a couple of hours of putting a $10,000 bounty on the original images from Dunham’s Annie Leibovitz-shot pictorial, Jezebel had acquired them. A quick glance reveals there was not a whole lot of image-altering to be had, and Dunham looks great in both the before and afters, as Jezebel asserted.

Dunham came to Vogue’s defence in a statement to Slate, saying that Vogue is a fantasy and anyone who wants to see what Dunham actually looks like can tune into Girls. Jezebel’s campaign does come across as body-shaming of Dunham, who has surely experienced enough of that since she first got naked when Girls debuted in 2012. Why not offer as much money for the unretouched originals of someone who has clearly been made to look worlds away from their actual selves? (Jezebel has taken Vogue, Vanity Fair and Victoria’s Secret catalogues to task in the past for their extreme airbrushing in a series called “Photoshop of Horrors”.)

As someone in the comment thread of one of the many posts Jezebel has published in defence of their stance insinuated, it’s time to step away from the computer and let sleeping dogs lie. Funnily enough, it was a cat meme that was used to illustrate this point…

[Jezebel] Did Vogue Remove Claire Danes’ Leg? (Yes. It Made Her Look Fat.)

Image via Us Weekly.