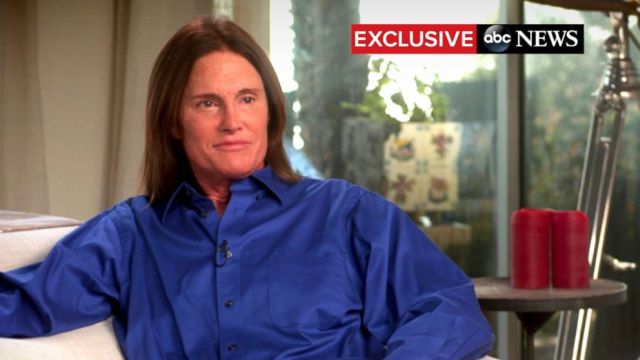 I’ve been loath to contribute my feelings about Bruce Jenner’s coming out as a trans woman to a feminist/humanist/trans rights sphere because, as a cisgender person, the last thing I’d want to do is cisplain.

However, as probably the most well-versed person on human rights in my immediate circle of friends, colleagues and family members, I’ve been throwing my two cents out there whenever the conversation inevitably veres Bruce’s way.

Because the people I’ve been talking to about him* are espousing predictably ignorant views. Things like “what’s his deal?”, “is he a she-he” and “tell me about this Kardashian who now thinks he’s a woman”.

I try not to get angry when explaining that gender is a spectrum, being transgender is a legitimate gender identity, and that it’s not for us to judge a person who’s spent 65 years keeping this secret, but I can feel my expression change as the fury bubbles up inside me.

One person I was actually able to have a tempered conversation with about Bruce wondered whether ignorance to trans issues (and, by extension, race, gender, sexuality, disability, class issues) could excuse such bigoted reactions: “You can’t fault people for not being aware,” she said.

Except you can. How do you think anyone who’s sensitive to minority issues came to be that way? Because they listened to people who are from these communities and actually deal with these things on a daily basis. Read about them in books like Janet Mock’s Redefining Realness and online. Follow enlightened people on Twitter. Watched Bruce’s interview with Diane Sawyer to understand that not everyone who falls under a certain umbrella wants to be addressed in the ways that are generally accepted as politically correct. The information is out there and ripe for the picking so ignorance is not an excuse. I actually have more respect for bigots who are informed about the issues they choose to be so bigoted about, even though I fundamentally disagree with them and think they’re horrible people.

My friend agreed, saying that watching shows like Transparent (which is problematic in it’s own right) has opened her up to trans issues. The problem she has with Bruce’s coming out though, she said, is that he lied about it: “You don’t have to come out, but when he was asked whether he was a trans woman in the past, he said no.”

Sure, there are ways Bruce could have framed his answers to be more ambiguous, but the media still would have spun it to service their agenda. It’s not Bruce’s job to make us more accepting of people who don’t fit our preconceptions.

Imagine the weight on his shoulders being a trans woman whilst also being a) held up as an American hero as an Olympic gold medalist in a sport that women can’t even compete in (thanks, Alice Eve!); and b) a member of a family comprised of some of the most famous women in the world who, whether we agree with it or not, are the epitome of femininity in many instances. (And for all the Kardashian haters who’ve made comments such as those in the third paragraph of this piece, Bruce’s family has actually come out in support of him—a low barometre of decency, but I digress—in his transition which makes them better than you.) No wonder he didn’t feel safe or accepted to come out. (Props to Bruce and ABC for mentioning the very real violence trans people face, especially trans women of colour who aren’t protected by the security Bruce has.)

Maybe it’s just because I try to surround myself with progressive people (at least online if not IRL), but the reaction to Bruce’s interview has been overwhelmingly positive. Those who actually took the time to listen to his experiences can take into account the obstacles put in Bruce’s way that have prevented him from living his truth in public. Maybe it will open their eyes to the obstacles put in the way of other trans people who haven’t been #blessed with the privileges Bruce Jenner has.

*I’m referring to Bruce by his birth name and using male pronouns as that is what he’s stated a preference for at this time and is in line with GLAAD’s guidelines.

[The Mary Sue] Why Transparent Has Lost the Trust of the Trans Community.

[Jezebel] Alice Eve is Sorry She Said Bruce Jenner is “Playing at Being a Woman”.

One thought on “Some Thoughts on Bruce Jenner.”