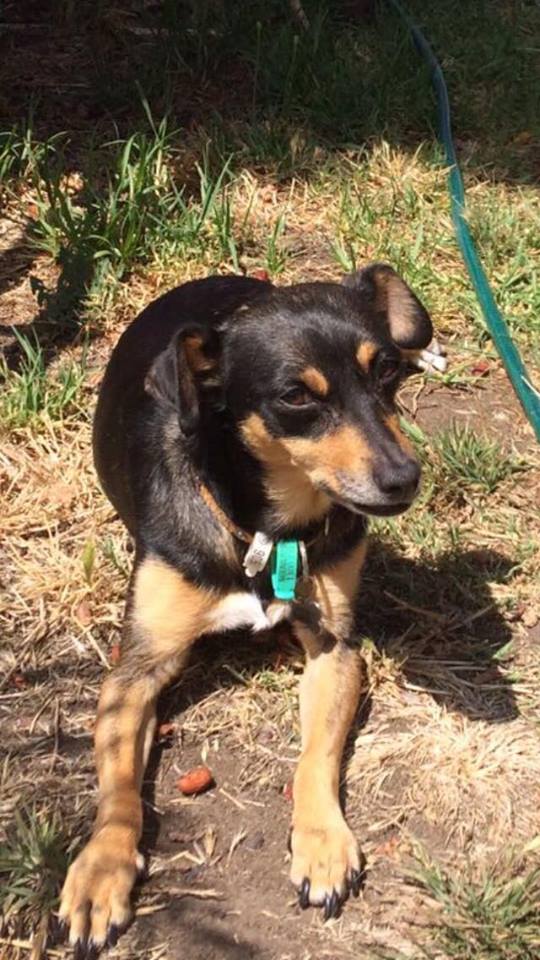 The first time my dog, Mia, presented with symptoms of a UTI or bladder infection that actually stemmed from the kidney problem that would kill her was right before I went to Sydney for the weekend. She was put on antibiotics, incontinence medication and given a topical cream for the irritation caused by incessantly licking her lady parts. My sister looked after her while I was away.

The second time was while I was right before I became homeless and I was so stressed out I cried—I rarely cry—to the very lovely and maternal veterinarian when she couldn’t offer me any answers as to Mia’s prognosis.

Though there’s never a good time for an animal to get sick, Mia’s recurring UTIs and subsequent vet appointments over the ten months prior to her death always presented themselves at inopportune times, such as housesitting obligations or an overseas trip. The most recent visit, which turned out to be her last, was right before my mum came from out of town to stay with me and we went to see Paul McCartney. Though I wasn’t all that interested in seeing him perform personally, it was a $350 60th birthday present that I didn’t really want to throw down the drain, especially when staring down the barrel of a $4000 kidney surgery.

She would never have that surgery.

I got the news the morning of the concert that Mia was too weak, took old and had too many other health problems to be a viable candidate for surgery. Though teary throughout the day, I pushed my feelings down in order to keep the date. Should I have spent that time with Mia instead and put her down a day sooner so as not to prolong her pain?

Though the medical records showing her frequent vet visits over the past 18 months (because the symptoms of what I now know was kidney failure were present long before the frequent and painful UTIs) and reassurance from multiple vets in the last days of her life  will attest that I did all I could for Mia, it doesn’t stop the what ifs. What if I had’ve sought out a specialist sooner? What if I realised her loss of appetite and heavy breathing in her last week wasn’t just her usual shunning of food for a few days and dislike of hot weather but symptomatic of something larger? What if I had more of a disposable income to pay for the surgery that would have likely killed her in the off chance that it didn’t? What if she was still the good dog she was before she got sick?

I not only miss her, but I miss the dog she used to be. I miss taking her on long walks and the joy we both got from her frolicking off leash. I miss watching her suckle her soft toys like they were pacifiers. I miss her sitting on the bed or couch next to me and not leaving a puddle of urine in her wake. I’ve since gotten a new dog, Lola, who has behavioural issues from being abused, which makes me miss Mia’s well-trained and easy going demeanor.

Though it’s shameful, I resented Mia in her last month or so. On her worst days, I thought it would be easier if she was dead, not so much to put her out of her misery but because she was becoming an inconvenience to me. She was such a good dog for so long, and on the days I’d get glimpses of that dog, I’d feel so bad for ever wishing that upon her. Now that she’s actually gone I’m wracked with guilt. Did I talk about it too much and will her death into existence? Admitting that I thought those things might make me the worst (former) dog-mum in the world but maybe there are other people dealing with sick animals who also have those uncomfortable reflections. If so, I want them to know that their feelings are valid.

2017 toppled 2016 as the worst year. I became homeless, in large part because I wanted to stop hiding Mia which is increasingly hard when you can only afford to lease an apartment in a major city, finally moving into a pet-friendly rental only six weeks before her death. Though I’m a big believer in everything happening for a reason, I have to wonder what the upheaval of my and Mia’s lives in the last year was even for.

Observing a chart on the wall of the veterinarian’s surgery, it’s estimated the average cost of dog ownership—assuming everything went smoothly and the extent of vet visits was a yearly checkup—was $750 dollars. The friend who was by my side throughout this whole ordeal and whose own pets have had major health complications in the past year, too, balked at that estimate. But Mia had always been pretty low maintenance and, in the first few years after I adopted her during which she had no health issues and subsisted on homebrand dog biscuits mixed with a slightly more expensive wet food, gave me little emotional or financial grief. She was a no-fuss dog: as long as she was by my side and I took her for a walk every day, she was happy. Even on the few occasions she would escape the backyard, she’d wait patiently on the other side of the fence, which backed directly onto the street, until my housemate or I would get home!

There was a thunderstorm the day after she died. I looked to make sure she was all tucked up in her bed by the window and I realised I enjoyed the responsibilities that became so burdensome lately. I want to get up at 5:30am to take her for a walk. I want to rush home after work to feed her. I want to brush her teeth and give her her vitamins for her joints every night because I enjoyed looking after her. I would gladly take these slight inconveniences for the heart-filling presence of Mia yelping with excitement before a walk, following me into the toilet and looking around to make sure I was still there when she woke from a nap. Rationally, I’m very self-assured, but for a moment, watching the rain fall, I pondered, who am I if I’m not Mia’s mum?

Elsewhere: [SBS Life] I Can’t Get a Rental Because I Own a Dog. So Now I’m Homeless.