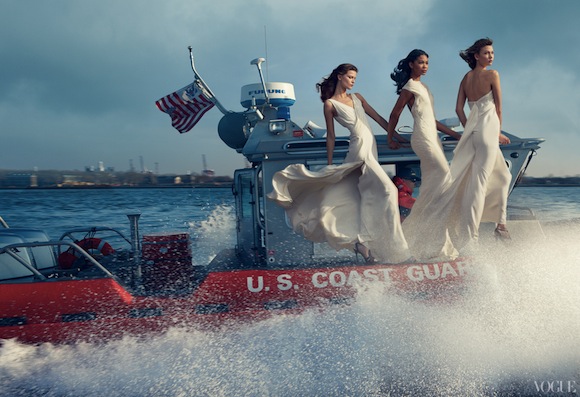 To pay tribute to the emergency and service personnel who helped in Hurricane Sandy, Vogue does a fashion spread inspired by the superstorm. Naturally. [Daily Life]

Apparently young Australians just aren’t into protesting the injustices we face today. Um, hello? Reclaim the Night, the Occupy movement, SlutWalk, the Arab Spring… all activist events started by Gen Y on social media which encouraged Time magazine to name the Protestor as its 2011 Person of the Year. Writer Alecia Simmonds does make a fair point that Aussies are particularly apathetic towards causes, but her assertion that online petitioning, blogging and social media doesn’t compare to on-the-ground activism kind of undercuts fellow Daily Life columnist Kasey Edwards’ argument last week that “Big social changes don’t just happen… Social and cultural change evolves out of a meandering path of small victories. Seeds need to be planted and ground needs to be fertilised.”

The latest trend in labiaplasty: the Barbie, in which the entire labia minora is cut out. [Jezebel]

And, in an attempt to counteract the alarming trend of wanting your vulva to look like a plastic doll’s, check out this (NSFW) Tumblr, Show Your Vagina.

What is it about our twenties that make us who we are? [Slate]

Is freedom of speech overrated? Personally, I think so, as it allows those with abhorrently narrow-minded views to spill hate speech. This article makes the observation that free speech only seems to be defended when people like Alan Jones and Andrew Bolt put their foot in their mouth. [Daily Life]

Lena Dunham thinks that perhaps Rihanna should have been the one to sing “We Are Never Ever Getting Back Together” to Chris Brown. [TheVine]

Jane Roe—of Roe v. Wade fame, which had its 40th anniversary this week—ain’t what she used to be: now she’s an anti-choicer. [Vanity Fair]

Nine of the ugliest feminists. [Return of Kings]

A photojournalist documents an abusive relationship. Should she have stood by and photographed an incident of domestic violence or does her work portray an important aspect of lower socio-economic partnerships “unflinchingly”? [Fotovisura, Kiwiana (Inked)] 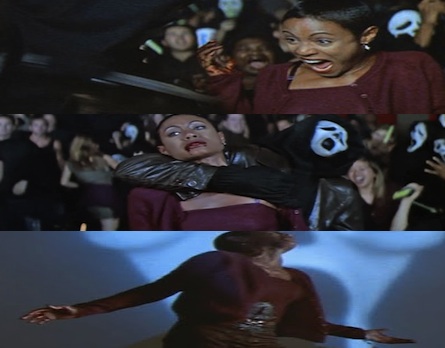 From “The Bystander Problem” by the MamaMia Team on, you guessed it!, MamaMia:

“Malcolm Gladwell in his book The Tipping Point talks about the ‘bystander problem’. He writes:

“‘One of the most infamous incidents in New York City history … was the 1964 stabbing death of a young Queens woman by the name of Kitty Genovese. Genovese was chased by her assailant and attacked three times on the street, over the course of half an hour, as thirty-eight of her neighbours watched from their windows. During that time, however, none of the thirty-eight witnesses called the police.’

“At first this horrific case was explained away as being the result of the dehumanising effect of urban life, the fact that the anonymity and alienation of city life makes people hard and unfeeling.  But two New York City psychologists subsequently conducted a series of studies to undrestand what they called the ‘bystander problem’. Gladwell writes:

“‘When people are in a group… responsibility for acting is diffused. They assume that someone else will make the call, or they assume because no one else is acting, the apparent problem… isn’t really a problem.

I think this relates to “pack mentality”, as in the scene below from Scream 2, as well as “the bystander effect”. What do you think?