The other day a friend asked me how I “prioritise my stack” of books, and I thought it might make an interesting blog post, if only so I can navel-gaze at the books, magazines and articles piling up on my bedside table and bookshelf as opposed to offering any valuable insight into how I get through them.

’Cause the answer is, there is no system to getting through them. If anything, more books, magazines and articles are added to the piles than what is taken away from them and filed neatly in the bookshelf or recycling bin.

My friends often tease me ’cause it usually takes me several months to get through a book. The book I’m currently on, My Sister, My Love: The Intimate Story of Skyler Rampike by Joyce Carol Oates, I started over two months ago! I try to put away a few chapters each night, but this is in addition to the probably 500 other pages of content I read per week. Blogs, magazines, articles. If you ask me, that’s a pretty good effort. I wonder how many of the haters get through a 500 page book per week :P.

My love of taking in anything and everything in the feminist blogosphere is both a blessing and a curse. I love that there’s always new content and I’m always being informed, but at the same time, it would be so easy to just curl up in bed with a good book and turn my brain off for a few hours. Then again, if I really wanted to turn my brain off, I’d carve out a nook in the couch and flick through channels all night. And who has time for that?

Currently in my book stack, I have three books that were gifts from my birthday last year, and winning a worst dressed contest (Fables comic book, The Big Book of Small Business and Self-Publishing for Dummies); three that are borrowed (Walt Disney’s biography by Neal Gabler, Russell Brand’s second memoir and Kristin Chenoweth’s autobiography); two I bought from Amazon in January (Marilyn Monroe’s Fragments and Sloane Crosley’s second book of essays, How Did You Get This Number?); and the rest (The Night Listener and Maybe the Moon by Armistead Maupin, Brock Lesnar’s Death Clutch, Less Than Zero and Lunar Park by Bret Easton Ellis, Naomi Wolf’s The Beauty Myth and Agatha Christie’s Death on the Nile) I’ve bought in recent months, mostly secondhand.

And the magazines and article stack, which is a complete eyesore on my bedside table, consists of several Vanity Fair’s, some Monthly’s and… to be honest, I don’t actually know what’s in there! When I go on holidays next week, I aim to get through that stack, and it will be a veritable treasure trove! Like Christmas morning!

Seeing as I can offer absolutely no substance to “how do I prioritise my stack”, I’m handing it over to you. Does anyone have any tried and true methods? Here’s one, at the suggestion of my friend Clare: stop buying books til I’ve finished the ones I already have. But they’re too good!

“The Evolution of April O’Neil.”

Both MamaMia & Melinda Tankard-Reist have run stories on footballers behaving badly, after the  New Zealand Warriors rugby team drafted Shaun Metcalf, who spent 18 months in jail for rallying a couple of his teammates to help him kick his pregnant teen girlfriend to cause her to miscarriage. Tankard-Reist writes:

“One of Metcalf’s key defenders and outspoken advocates is Celia Lashlie… [says]:

‘We can all get caught up in the emotional image of young men booting a young woman in the stomach to cause her to abort her baby, but these were two young people … she got pregnant, he was way out of his depth, and he did a really cruel and dumb thing.

‘He was caught in the moment, and what he did was the equivalent of a young man putting a noose around his neck because his girlfriend tossed him out. He has to be allowed to move forward and put his life together, and I think the ability of the NRL and the Warriors to take this young man in and help him do that is role modelling and something they should get credit for’…

“Oh no, we wouldn’t want to get caught up in an image of young footballers playing football with the pregnant womb of a 15-year old girl now would we?

Katy Perry and Britney Spears celebrate a pop apocalypse in their new singles on Girl with a Satchel.

Also at GWAS, Erica Bartle writes in response to Mia Freedman’s take on the relevance and influence of magazines, and what that means for women.

This makes me even more upset that my body corporate won’t allow Foxtel installation: MamaMia has their own TV show on SkyNews, Tuesday nights at 8pm. Congrats to the MamaMia team; they really are showing that the blogosphere is the new media frontier.

How to make the real-life Barbie doll.

Hugo Schwyzer on perfection, “good guys” and respect in relationships:

“… Many young women conclude that happiness is something that you only get when you get to your goal weight. And even more troublingly, when it comes to relationships, lots of straight girls think that if their own bodies aren’t perfect, they have no right to expect too much from guys.”

Apparently, leading a sedentary, office-bound life can lead to heart disease and other health problems. Not good news for bloggers…!

Do Spanx make the world a better place?: 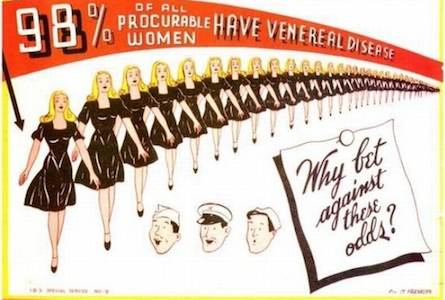 “The Public Health Problem No One Wants to Talk About”: Stillbirth.

“Stop Being ‘Shocked’ by ‘Isms’” of the rac- and sex- persuasions. And trans- and homophobia while we’re at it.

Sexualised violence is the new black.

The real-life The Wrestler: the tragic life-story of Chris Kanyon.

The perils of the unfinished book.

How to raise boys well.