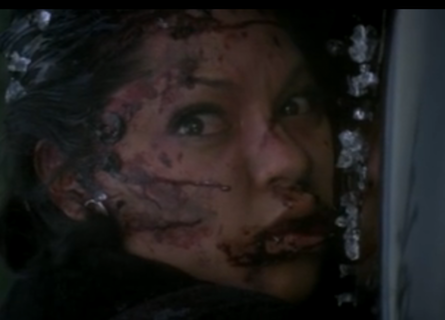 It’s kind of hard to take the potential death of Callie and her unborn baby seriously when everyone’s singing, and in most cases, not well.

I wasn’t sure if I was delighted or perturbed by the announcement of a musical episode of Grey’s, and wondered how it would all go down.

(Un)luckily I didn’t have to wonder too long, as my friend Sallie spoiled it for me when we were discussing the show a couple of weeks ago. I was still catching up from re-watching all the seasons, and she asked me where I was up to in the latest season: “Callie’s accident?” No, but thanks! And when I accidentally looked up from my book in the final moments of last week’s episode before Desperate Housewives came on to find Callie and Arizona driving and talking, I put three and three together and figured there would be a car accident which would result in Callie’s supernatural musical experience, and voilà, you’ve got “Song Beneath the Song”. It’s like Glee meets Supernatural meets E.R. And not in a good way. 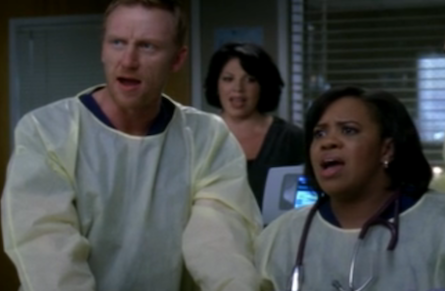 Some of the renditions, especially at the beginning of the episode, are cringeworthy, but Callie—played by Tony Award-winning actress, Sara Ramirez—and Owen (Kevin McKidd) put in performances that push the episode into watchable territory. 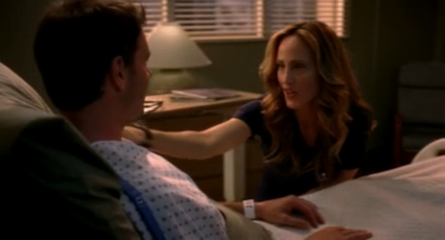 Grey’s Anatomy is known for its heartrending storylines and strong acting, and apart from the horrendous soundtrack, this episode is a good one: it’s touch and go with Callie’s survival and the life of her unborn baby, which Addison flies in to tend to when Lucy tanks it. (That doesn’t lessen her appeal to Alex, though!) Mark’s a mess, and tells Arizona she’s “nothing” in the parentage equation, and later apologises. Lexie comforts Mark, but still chooses Jackson. And Meredith breaks down over her desire to have a baby, when it happened so easily for Callie. And Owen’s singing ability just makes him hotter!

The one effective aspect I think the singing brought to the table was it acting as a metaphor for the mile-a-minute emotions everyone tending to Callie’s case was feeling. Sometimes the singing became very overwhelming, what with everything else going on in the scenes. But in the end, I think it worked to the shows advantage.

Now, let’s just sweep it under the rug and pretend it never happened.