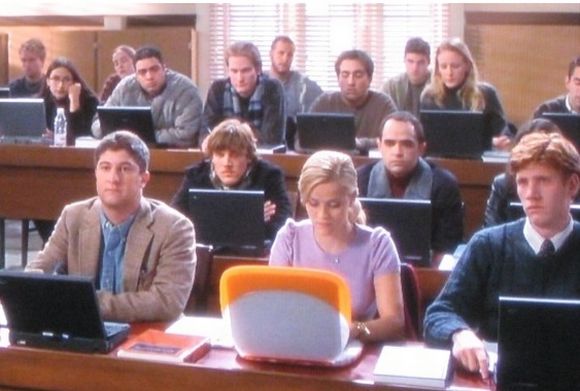 Where are all the educated rom-com heroines? [Thought Catalog]

While we’re on the topic of locating certain female characters, what about all the superheroines? [ThinkProgress]

And, the problem with female sitcom characters. [Women & Hollywood]

Who was the real Jessica Rabbit? [Messy Nessy Chic]

Attempting to use the female condom. [TheVine]

Still with contraception, the pull-out method is an increasing form of it. [Daily Life]

Celebrities: what gives us the right to judge them?

“The disappearing bush is a burning issue”: “Just like the rain forest and the ozone layer, pubic hair has been disappearing on young, fertile, desired and desiring bodies…” Must read.

The beauty of “the lesser-watched-sitcom”.

The benefits of being an introvert:

Is rape biologically imperative for men?

“[Feminist author and blogger Jessica Valenti ponders the] … impact Bristol’s story will have on the thousands of young women who read her memoir: ‘Not calling it assault—and blaming herself, as she does in the book—sends a dangerous message to young women who may have similar experiences.’ She writes that Bristol’s sense that she had ‘sinned’ and ‘had’ to marry [Levi] Johnston ‘broke [her] heart a bit’. Mine too.

“But I actually wonder if Bristol’s story, with all its heartache and ambiguity, might actually serve as a bit of entry level feminism for her readers. What transpired between Bristol and Levi, after all, was not remotely uncommon, and nor was Bristol’s reaction…”

Lumping penis-Tweeter Anthony Weiner, adulterer and sexual harasser Arnold Schwarzenegger, and alleged rapist Dominique Strauss-Kahn in together: are they just afraid of “being invisible to women”?

Speaking of, ladies, make sure you don’t marry a man other women find attractive. The good-looking ones always stray, if Weiner is anything to go by.

My two criticisms of this theory are 1) um, when did the popular consensus lean toward “Weiner is hot”? and 2) Paul Newman. One of the best-looking men who ever lived, and faithful to his wife til the end.

Furthermore, what about that study that said relationships where the man is better looking than the woman last longer because the women puts in more effort to keep him?

The myth of the female praying mantis.

“Can we honestly expect corporations to be bastions of morality and ethical behaviour?”

Victoria’s Secret’s target demographic: real women who want to know how their lingerie will make them feel, or 15-year-old boys?

Julia Gillard and Tim Mathieson’s 60 Minutes interview was a few weeks ago now, but Annabel Crabb’s commentary on the topic of our lack of respect for the Prime Minister is timeless:

“Surely she has earned the right not to endure infantilising questions about whether she really loves her boyfriend. And as for the awful matter of the First Nuptials (a grim sequence concluded the interview, with much chummy speculation from Wooley on who would be the ‘popper’ and ‘poppee’ of the marriage question, and more nervous giggling from the PM)—well, it’s fairly rude to ask, even without a national audience watching.

“Why do people feel they can take such liberties with this prime minister?”

25 things you need to know about Green Lantern before you see it. (Warning: ruthless spoilers ahead).

“Scientists VS. Shock Jocks: Who Do You Believe” on the subject of climate change?

Naww, this makes me want a dog even more. Even a blind, mangy, abused one. It’s better to have loved and lost than to never have loved at all. And it’s better for an animal to feel love before loss.