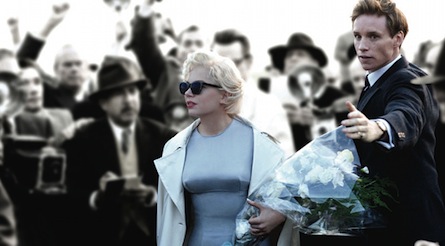 “Thanks for telling me the truth, Colin.”

My Week With Marilyn is concerned with truth. Laurence Olivier tries to get Marilyn to perform a truthful portrayal of showgirl Elsie in The Prince & the Showgirl, while Marilyn expresses trepidation that Olivier’s imagining of Elsie isn’t realistic. Elsie could be seen as a metaphor for Marilyn Monroe’s misunderstood likeness since she changed her name from Norma Jean and became the buxom bombshell we all know and some of us love today.

But I didn’t find that the movie delved any further into the Marilyn mystique than any of the characters she played or any of the men who loved her did when she was alive. It was really only after she died, and in a slew of “lost” letters and photos that have made up such publications as Fragments and The Genius & the Goddess: Arthur Miller & Marilyn Monroe, that we came to discover that she was much more than just a dumb, sexy, childlike blonde who posed with Ulysses to make her look smarter.

It tried to go there, though, when Michelle Williams spoke such lines as “Shall I be her?” when Marilyn and Colin Clark  visit Windsor Castle, and after a fight with her husband, Arthur Miller, she says, “When they realise I’m not Marilyn Monroe they run.” But the film didn’t really show us anything different than the common perception of her.

Don’t get me wrong, though, I really enjoyed the movie and thought Williams did a great job with the script she was given. I just don’t think it was an apt representation of all that Marilyn was. As Dodai Stewart writes,

“… the biggest problem with My Week With Marilyn is that the film treats the woman who loathed being a sex object as a sex object. The story is told by a man who looked at her as a mesmerising other-worldly creature. Though he did have some intimate moments with her, a lot of the film involves Marilyn being gawked at by this slack-jawed fan-turned-friend who calls her a goddess. As a character, she is frustrated because she wishes people would see her as a human being, but she’s shot in the softest, most radiant light, frolicking through the English countryside and ever so gently batting her lashes: Male gaze ad nauseam.”

And while the film is wrapped up in a nice little package with Marilyn coming to say goodbye and thank you to Clark after having kicked him out of her bed and her life, I had the feeling he was still embittered about his unrequited love.

I haven’t read The Prince, the Showgirl & Me, so I couldn’t tell you for sure if this is the case, but even if it wasn’t, Clark was a 23-year-old boy who fell in love with the image of Marilyn Monroe, not the actual Norma Jean.

Elsewhere: [Jezebel] The Problem with My Week With Marilyn.

Again, I don’t do New Years resolutions, but hopefully in listing the books I didn’t get around to reading in 2010 in a public forum where reviews are commonplace (um, this blog, for those of you not keeping track), I’ll be forced to devour in 2011. 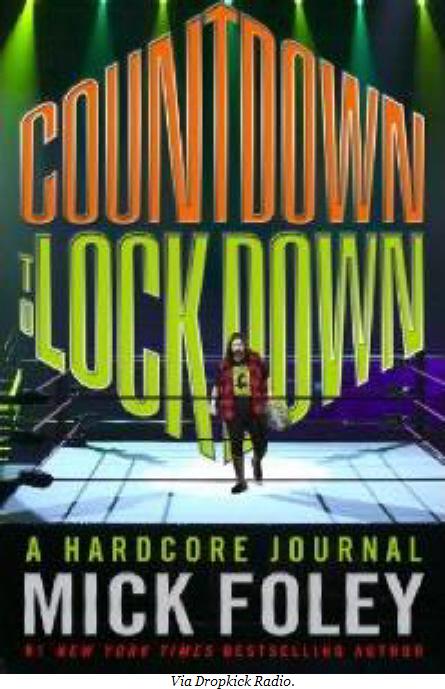 1. Countdown to Lockdown by Mick Foley. I’ve been very vocal about my love for Mick Foley in recent months, and I was lucky enough to receive his latest memoir (number four, but who’s counting?) for my birthday, two months ago. I’ve been eagerly anticipating having enough time to dive into it headfirst, and I’m hoping it’ll be the first I check off my list this coming year. 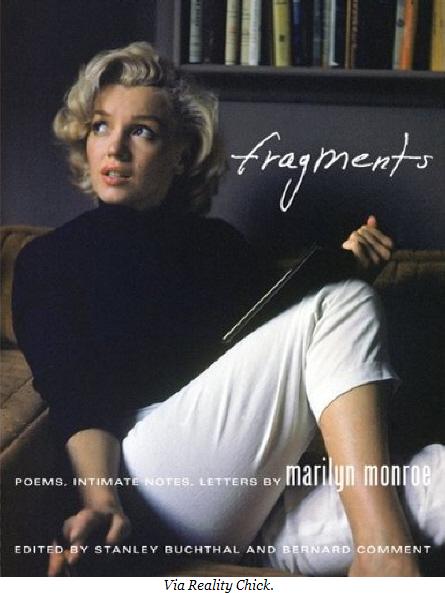 2. Fragments by Marilyn Monroe, Bernard Comment & Stanley Buchthal. I love Marilyn Monroe, both as an icon (though I wouldn’t go as far as to have her image tattooed on me, à la Megan Fox), and as a fascinating person who had many layers, some of which are peeled away with the release of this book. This is a high priority read. 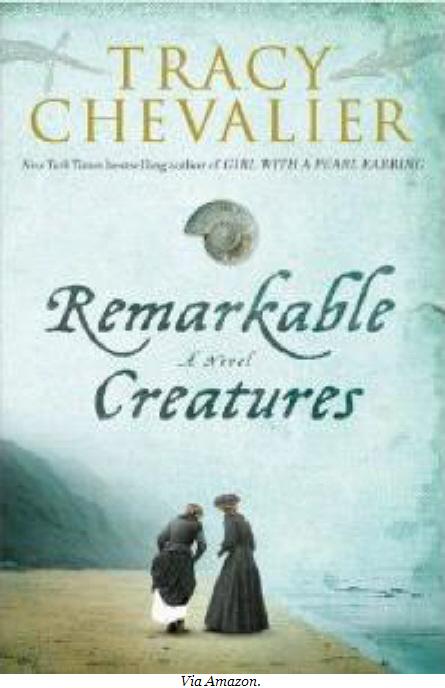 3. Remarkable Creatures by Tracy Chevalier. I loved Girl with a Pearl Earring and The Lady & the Unicorn, so something tells me I’m going to love Remarkable Creatures, about two female fossil hunters in 19th century England. The subject matter is a bit left-of-centre for historical fiction, but it appeals to me nonetheless. I know I couple of friends who own copies of this book, so maybe I can bum a lend…? 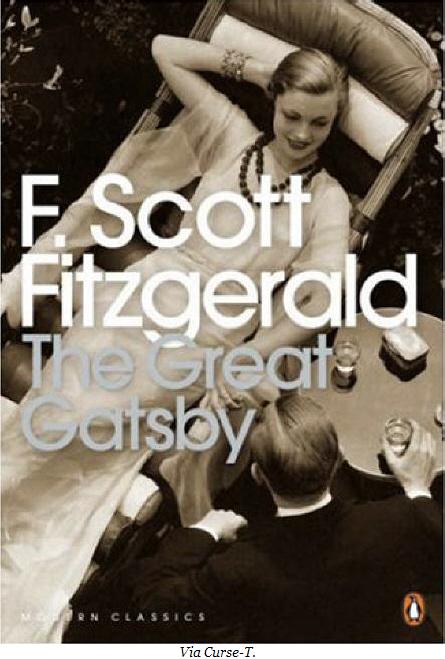 4. The Great Gatsby by F. Scott Fitzgerald. I have a tendency to build classics up in my mind before I’ve read them, and I’m then sorely disappointed. I have a feeling a similar effect will occur with The Great Gatsby, which I became interested in reading when I heard that it will be subjected to a movie remake at the hands of Baz Lurhmann. So bogan-esque, I know! 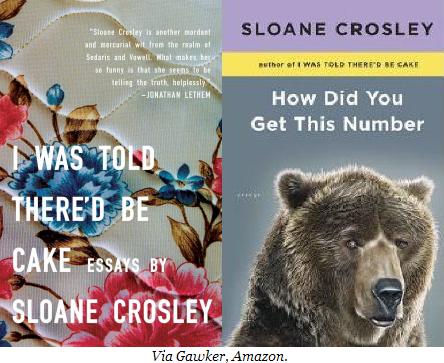 5. I Was Told There’d Be Cake by Sloane Crosley. Crosley’s books have done the review rounds in some of my favourite and trusted mags, like Yen and Cleo, with nothing but good vibrations about her collection of essays.

6. How Did You Get This Number? by Sloane Crosley. Yes, this is Crosley’s second appearance on the list, but all the buzz surrounding her books and her clever, witty and sometimes snarky tone means I can’t wait to gobble them up! 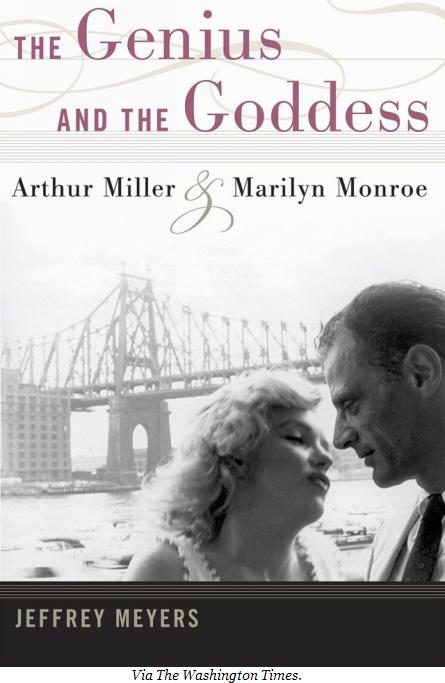 7. The Genius & the Goddess: Arthur Miller & Marilyn Monroe by Jeffrey Meyer. I read a review of this tome earlier in the year, and it has stayed with me since. Most intriguingly, the book “houses an appendix detailing the illnesses and operations” Monroe had throughout her life. 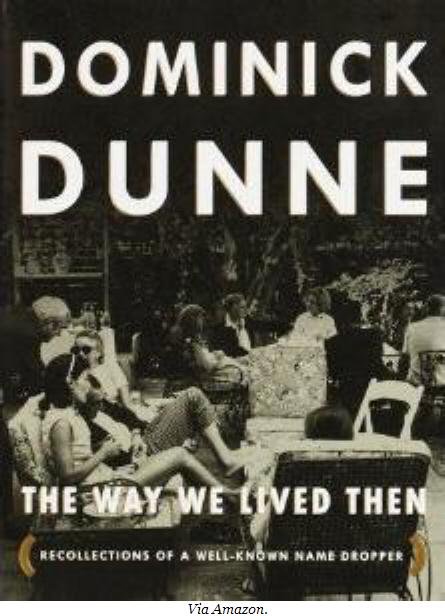 8. The Way We Lived Then: Recollections of a Well-Known Name Dropper by Dominick Dunne. I can’t get me enough of Dominick Dunne, so it’s a surprise—even to me—that I haven’t read all of his books yet. This one is somewhat of an official memoir, as a lot of his fictional works blur the line between reality and fiction, Another City, Not My Own especially. 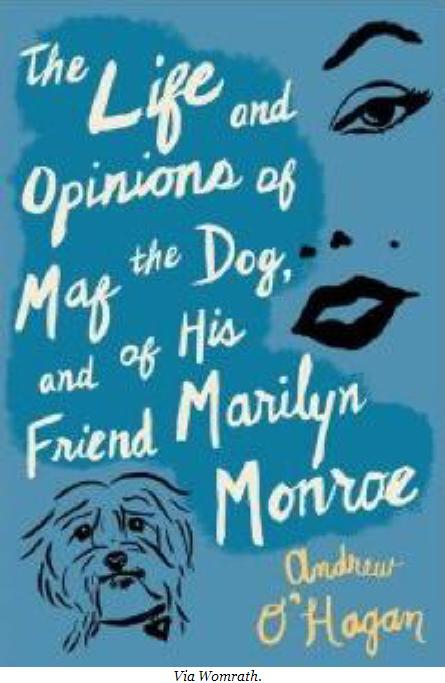 9. The Life & Opinions of Maf the Dog, and of His Friend Marilyn Monroe by Andrew O’Hagan. In case you were wondering, I plan to do a lot of Monroe-related reading in 2011. This is one of the more imaginative books about her life. 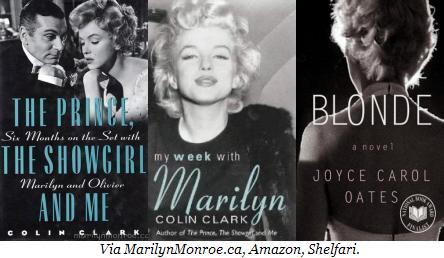 10. The Prince, The Showgirl & Me and My Week with Marilyn by Colin Clarke. Both are the basis for the new Michelle Williams effort, My Week with Marilyn. Just while we’re on that, I’d like to sneak in another Monroe-inspired fiction: Blonde by Joyce Carol Oates, which another biopic starring Naomi Watts as Monroe is based on. Perhaps if I had picked up the copy I always see at my favourite second-hand bookstore, Bendigo Book Mark, it would have given me more incentive to read it. No, wait, that doesn’t work for the numerous other books I’ve got sitting there, just begging to be read…

Related: In Appreciation of Mick Foley.

The Witching Hour: Halloween/My Birthday at Witches in Britches Cabaret.

Another City, Not My Own by Dominick Dunne Review.

Turns out Monroe wasn’t just tragically beautiful and beautifully tragic, but also a pretty smart cookie, according to editor Courtney Hodell. “She was a great reader and someone with real writing flair.”

Perhaps being married to playwright Arthur Miller rubbed off on her. Although, I think Monroe had to have had her head screwed on straight to orchestrate a career that has endured the sands of time, making her one of pop culture’s most relevant icons.

Many people can relate to being trapped in your own skin and never being seen as good enough by the people around you. Lindsay Lohan, please stand up. (Not ironically, Lindsay has posed numerous times as her idol, and has the Monroe quote “Everyone’s a star and deserves the right to twinkle” tattooed on her wrist.) Just how much Monroe felt “trapped in her famous body”, is partly revealed in The Genius & the Goddess: Arthur Miller & Marilyn Monroe by Jeffrey Meyer, which houses an appendix detailing the illnesses and operations of Monroe. She had thirteen abortions, eight alleged suicide attempts and hated her body. Everyone around her wanted to “take pieces of her, like she was less than a person”, until the day she died. After death, it is much the same.

Even if we see her as a beautiful woman who lead a tragic life at the very least, I think Fragments will prove that she was so much more than that.

Elsewhere: [Los Angeles Times] Marilyn Monroe, In Her Own Words.