Rihanna is a feminist icon. [Birdee]

The damaging melodramatic tropes of the Nicholas Sparks movie:

“In sexual pornography, the intended result is orgasm—and a temporary quelling of desire for sex. In emotional pornography, the end result is tears and hope—and a temporary quelling of desire for love. One caters to the stereotypical feminine sexual desire to see the sex act narrativised—it’s all about the building-up-to, much less about the money shot—while the other switches the priorities, disposing of exposition in favour of one climax after another. Both, however, are but temporary substitutes, and ultimately end in the hunger for more sex, more emotional fulfilment, yet with distorted instructions on how to obtain them.

“It’s a version, however glowy, of the American dream. But it’s not the dream of the 1950s, with its yearning for the single, nuclear-family home, the freedom to consume, the white picket fence, the washing machine, the perfect mother. Rather, the Sparks American dream harkens back to the 19th-century iteration, with its visions of a bucolic rural space, rugged individualism, and the security of the sprawling extended family, where the men are men and the women are women.” [Buzzfeed]

Hook and the dadcentricity of the ’90s. [The Paris Review]

When a person of colour says something is racist, you should probably listen to them. [Daily Life]

If you’re into music, especially the live Melbourne scene, make sure you check out my friend Linzie Meager’s newly launched blog, What Are You Listening To?

Lena Chen says “fuck feminism”. I have to say I agree with most of her statements, and sometimes I get sick of talking about gender politics. Her argument is that feminism doesn’t represent all females equally, especially women of colour and those who belong to the LGBT community.

If only we could all look this chic and quirky at the airport. Gala Darling pairs combat boots with an electric blue knit by Betsey Johnson “En Route to San Francisco”. 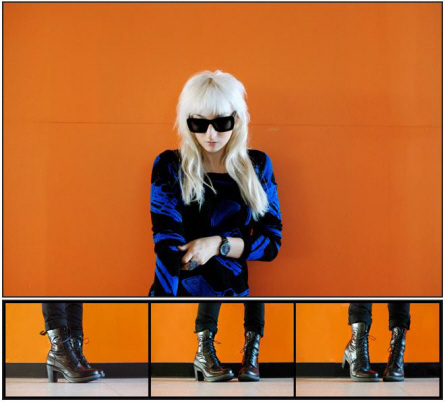 Who’s sick of Lady Gaga? Not me, but apparently Gawker is. I do agree that Gaga needs to lay off the reinvention shtick, however. The article also argues that she needs to churn out some new music ASAP.

Still with Gawker, they assert that “Starlets Need to Stop Dressing Up Like Other Starlets for Photo Shoots”, with an impressive roll call that includes Lindsay Lohan as everyone, everyone as Marilyn Monroe and Jennifer Aniston as Barbra Streisand on the most recent cover of US Harper’s Bazaar.

I think the burqa debate is an interesting one; one I don’t necessarily agree with. I don’t think that Islamic women should be forced to wear them, but it is certainly not the government of the Western world’s place to ban them. MamaMia brings light to the subject, asking if the “Burqa is as ‘Confronting’ as Leggings Worn as Pants”? Certainly not! Nor is it more confronting than (Prime Minister come tomorrow night?) Tony Abbott in budgie smugglers!

Meanjin’s blog Spike features a post “On Writing and Running”… or blogging and jogging, as I like to call it. Guess I’m on the right track, then. (Geddit?!)

“Like, OMG, you guys!” Anyone who knows me knows that I’m a product of my generation (or the generation below me, perhaps?). But Jezebel reasons that those who favour “like”, “you know” and “whatever” picked up such fetching colloquialisms from ’90s teen angst drama, My So-Called Life. If you haven’t heard of it, you should so, like, research it, you know? If not, whatever.

Here with more Daria goodness, The Paris Review asks “Are We Afraid of Daria?”

All the single ladies men, take note: there’s a difference between “nice guys” and “total creeps”. (Double standards?) For example, nice guys will pay you “a normal compliment” like, “You look great today”. Creeps will say “things like, ‘You look imaginary’… Did he mean to say something else? Does he know what ‘imaginary’ means?” Gold!

Continuing on from the Facebook versus women issue, Psychology Today ran a great article entitled “Cutting Off Your Vagina to Spite Your Face(book)”. Aside from the genius title, it deals with the deletion of a sexual education Facebook page about female genital mutilation.