Carbon tax. It’s got everyone in a tizzy, and has given Julia Gillard the lowest approval rating of any Prime Minister since Paul Keating. Oh Julia, you had so much potential… but that’s another blog post for another day.

What I want to write about here is the factors that have caused us to need a carbon tax, the front runner being popular culture!

I know, it seems like an odd thing to deduce, but hear me out.

On the nights when I get home from work or being out with friends and my housemate is home before me, oftentimes I’ll walk into the apartment to be greeted by every light in the place blaring, the heater and TV on, and I wonder why my housemate feels the need to make our home look like it belongs in a decor magazine or, at the very least, a television show. But if you’re looking to television and movies to guide your lifestyle, no wonder Australia (not to mention America, the beacon of all things consumerist and anti-environmental) is up shit creek without a paddle.

Look at any major mainstream TV show or movie staged in an affluent location: every single light is on, adding to the unrealistic “ambiance” of the place. Below are just a few screenshot examples: 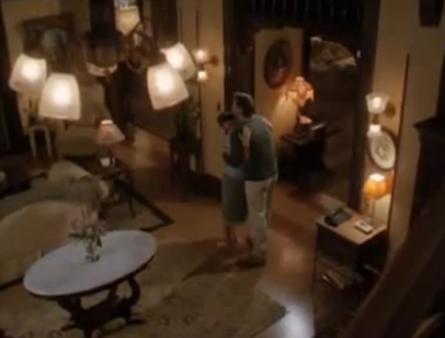 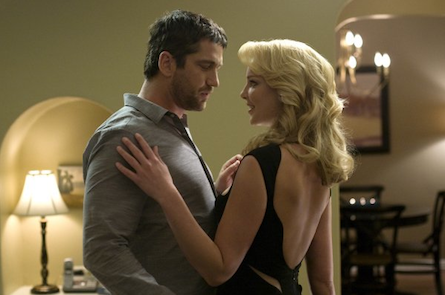 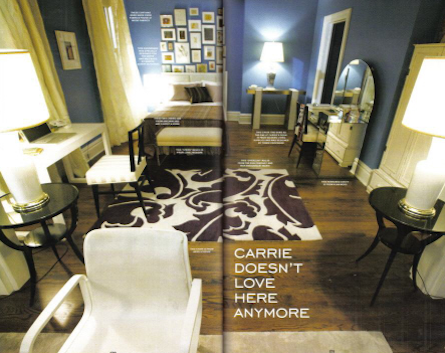 Also, inhabitants of houses/apartments/sheds/any building one can reside in onscreen have a penchant for leaving their blinds open. This is a pet hate of mine and one I’ll never understand. Not only does it practically invite psycho killers into your home (okay, I’ve been watching too much Scream), but in winter, it completely undoes all the good work of your trusty little heater. (I see this not only in movies and TV, but in real life, too. My friend Katrina recounted to me how she once saw her neighbour walking around topless in her bedroom without the blinds drawn!)

And hard-yakka Aussies wonder why they’re being asked to fork out for a carbon tax.

Girl with a Satchel Erica Bartle put it well when she wrote that we’re “not so hard up, are we?” when it came to light that “the average Aussie household now has multiple computers, wireless broadband internet, a Nintendo Wii or similar game console and a plasma TV”. Also, how much are the media contributing to our carbon footprint when they’re firing up the chopper to get aerial views of Cate Blanchett’s eco-mansion whilst condemining her for deigning to support the tax. (I read this on The Drum  or The Punch or one of those sites, but can’t seem to find the link, sorry.)

Can you think of any other TV shows and movies that perpetuate this lights on = glamour at the expense of practicality and our carbon footprint?

Elsewhere: [Girl with a Satchel] “Carbon Cate” for T Magazines & the Prius Effect.