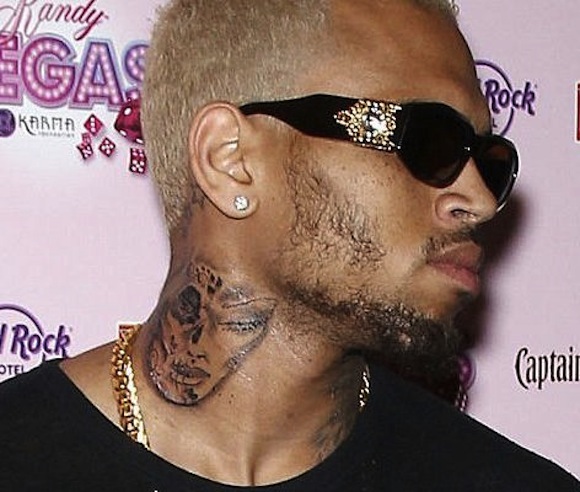 I’m not sure if it is an image of Rihanna’s post-domestic violence face, but here’s what Chris Brown’s neck tattoo says about intimate partner violence and sexual assault. [Pandagon]

The latest in a long line of unfavourable reviews of Naomi Wolf’s new “biography” – Vagina – Germaine Greer had her take on it published in The Age last weekend. I’m going to read Vagina: A New Biography regardless, but the high hopes I had for it have been dashed. [SMH]

In the lead up to the Presidential election, it’d do all Americans good to realise that reproductive health is an economic issue. [Jezebel]

The visceral fear this writer manages to evoke when she reveals her experience of being harassed on public transport is palpable. Hands up who’s ever experienced something similar whilst deigning to be female in public. [unWinona, via Jezebel]

The gender imbalance in the opinion pages. [Daily Life]

Five police-sanctioned reasons why women “deserve” to be raped. Well, I’m guilty of all these things so apparently I “deserve” to be sexually assaulted, too! [Daily Life]

How to talk to kids about gay parents. [The Good Men Project]

This is why religious people shouldn’t work in medicine: one woman’s experience of being refused the morning after pill. [MamaMia]

Why is atheism so excluding of women? [Slate]