The Queensland schoolgirl/Nick Riewoldt scandal is still going strong, with articles at both MamaMia and Deadspin worth a look.

Also at MamaMia, “Are You Spending More or Less Time on Facebook Than Last Year?” I’d say it’s about the same for me.

The psychology of suicide bombers. 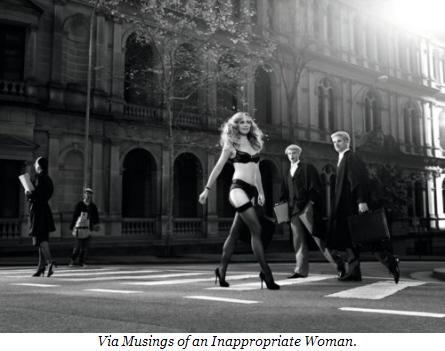 Inner confidence = shaving your pubes at Musings of an Inappropriate Woman.

Many people accused Holly Madison, Hugh Hefner’s former number one girlfriend, of being a gold digger, but after years of being “fucked in the ass—figuratively and literally… she earned it”. Similar accusations follow Hef’s latest fiancé, Crystal Harris.

GWAS and Marta Wohrle on “The High Standards of Blogging”.

“How to Deal With a Neat Freak” at Lifehacker. How about when you’re the neat freak…?