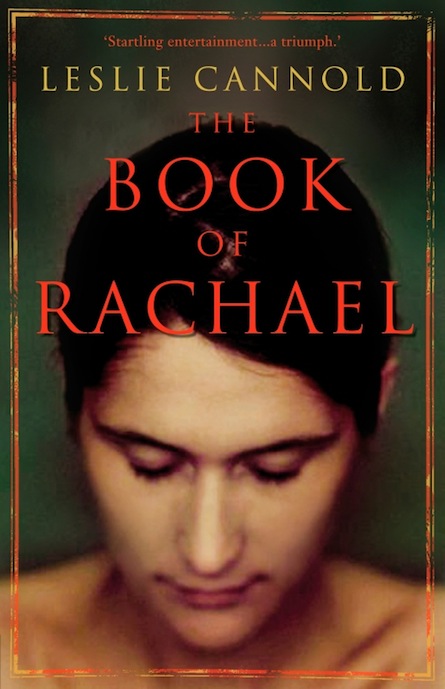 In Jesus’ time, nothing much was recorded about the women. So, for all we know, Jesus could have had many sisters, in addition to his brothers.

Leslie Cannold has imagined the lives of his sisters in The Book of Rachael. Shona is in love with one man but is raped by another and forced to become his wife and move far away from her family and sister Rachael, who is the rebellious one in the family. She’s inquisitive and passionate, and teaches herself to read when women weren’t allowed to. When she meets her brother’s (called Joshua in the book) friend, Judah, she falls head over heels in love with him, but the feelings aren’t reciprocated until some time after. They become married, but Rachael isn’t ready to become just a mother to Judah’s offspring, and consistently aborts his children using herbal remedies, which causes a rift in their marriage.

As a noted Aussie feminist, you’d have to expect some feminist sentiments thrown into the mix from Cannold. For example, the notorious mansplaining is invoked:

“‘Why is it,’ I asked, cutting across Judah’s lovesick cant, ‘that a female infant renders the mother more unclean than a male?… Forty days confinement if the child is a boy, twice this time for a girl,” I said, rattling off the well-known rule.

“‘The cause for difference,” Judah ventured hesitantly, ‘could be the labours. The distinct way that women labour when bearing a boy as against a girl. And the difference in the burden of guilt they acquire.’

“‘What?’ Distinct labours? Different guilt? Since my own flowering I had attended dozens of births. My preparation for initiation had required I listen to Bindy describe hundreds more. Not once had I even heard it suggested that an infant’s sex determined the severity of the trial faced by the mother. ‘Whatever are you talking about, Judah?’

“But Judah mistook my confusion for a confession of ignorance and a request for enlightenment. Relieved to have been restored to his accustomed role of authority, he set forth confidently to explain. ‘Everyone knows, Rachael, that in her hour of suffering, the mother is desperate and swears she will not live in intimacy with her husband again. If a boy is born, she repents this vow sooner because he occasions such rejoicing. But with a girl, all is gloom. Many women feel their failure keenly, so the mother’s return to her husband’s arms is delayed.’

“It was the silliest thing I had ever heard. And from a man! A man who knew nothing of monthly cycles and giving birth, yet had no hesitation in describing—explaining!—the features of that experience as if they were his own. A man, like the Great God Almighty, who had no right to say!” (p. 123–125).

Furthermore, when Rachael seeks to liberate the women tasked with midwifery duties from doing so until they “are free to serve and worship the Queen”, Bindy, her crone employer, warns, “What of the women who will be trampled in the stampede for freedom?” (p. 201). Do I detect a hint of second-wave vs. third/fourth-wave feminism?

Obviously, the unknown story of women in that time drew a feminist to them, and the characters’ plights to be seen as more than just baby- and bread-making machines are inherently feminist. Hell, to be forced to marry your rapist to restore pride to your family, and to claim that your out-of-wedlock pregnancy is the result of the consort of God, harkens back to a grim time for women, indeed. Cannold does a lovely job of trying to bring those women and their struggles to life.

2 thoughts on “Book Review: The Book of Rachael by Leslie Cannold—I’m Still in Love with Judas, Baby.”