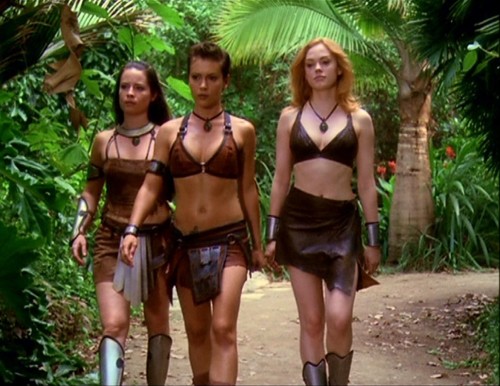 I wrote about sexualised possession on Charmed as part of Bitch Flicks‘ theme week on demon and spirit possession.

And a post from a few years ago on the hyper-sexualisation and -feminisation of Halloween costumes.

Um, can I just copy and paste this whole article by Amanda Marcotte on why Annie Lennox is wrong about Beyoncé and twerking not being feminist? A snippet:

“I reject outright this notion that “feminist” should be an elite category that is only earned through hard work. If we want it to be a successful movement that changes the world, ordinary people need to have a stake in it. You need to feel that just because you’re a nurse or an accountant or yes, a pop star, doesn’t mean that you don’t have a part to play, even if it’s just donating money or talking up feminism on Facebook or voting for feminist candidates. Movements live or die by whether or not they achieve mainstream success, and you can’t get that if you treat feminism like it’s too precious for the masses.” [Pandagon]

For teens, sexting is a way to be “sexual without being sexual”. [The Atlantic]