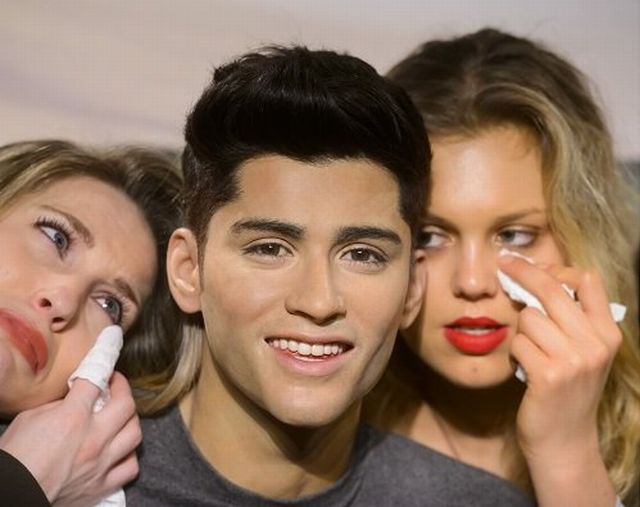 The strange world of One Direction conspiracy theories. [Slate]

Clementine Ford on the lax parole conditions that saw Adrian Bayley free to rape and murder Jill Meagher two and a half years ago:

“The gut-wrenching irony is that Bayley was able to rape and murder the kind of woman our community values most because justice wasn’t pursued for the crimes he committed against the women that same community values least.” [The Age]

Periods aren’t a divine gift from the reproductive gods but a bodily function that we shouldn’t be ashamed of. I love this. As someone who’s been on birth control for over ten years primarily because it controls the intensity and frequency of my periods (I don’t have unprotected sex often enough to use it for that purpose) and who doesn’t want biological children, I thank Clem Bastow for giving me what feels like permission to view my period as a inconvenience that comes around every few months, costing me money. Sometimes this ideology can make me feel alienated from a feminism that celebrates periods. The recent Instagram furor that inspired this story doesn’t so much celebrate periods as position them as a fact of life that sometimes stains your sheets and underwear. More on this to come. [Daily Life]

Why Rachel Hills writes about sex. [Musings of an Inappropriate Woman]

Can you be a feminist and want to be beautiful? I’ve been thinking about this a bit lately, too. [Spook Magazine]

ICYMI: Why are women (and men) who haven’t had romantic success presumed gay?