Raising awareness about breast checks, one superheroine at a time. [io9]

Ladies of the year: Taylor Swift VS. Lady Gaga. Who do you choose? [Girl with a Satchel]

Why women fear the “n” word in relationships: “needy”. [Jezebel]

How to talk to women, for men. [MamaMia]

Gah! Anti-vaccination extremists. Why are people like this allowed to promote views like that? Oh right, that pesky little thing called “freedom of speech”… [MamaMia]

Are you a woman and do you love your body, damned what conventional norms say you should be feeling about it in an effort to appease other women? Then sing it, sister! [Musings of an Inappropriate Woman]

Wow. Mia Freedman offers some throwaway fashion advice to her 5-year-old daughter; shitstorm ensues. I think it’s a bit of an overreaction, but each to their own. [MamaMia, Fat Heffalump]

The latest trend in protesting: the Muff March. [MamaMia]

While we’re on the topic, is pubic hair making a comeback? NSFW [Jezebel]

Who has late-term abortions? [Jezebel]

Hmm, Lego for girls? I’m not such a fan. What was wrong with the original, male-centric version, apart from the absence of female characters? We all know kids are imaginative enough to make toys whatever they want them to be. [MamaMia]

On beauty, failure and “this is the best I can do”. [Musings of an Inappropriate Woman]

It’s been just over a year since the St. Kilda Schoolgirl released those photos, and I’ve only just gotten around to reading this article by Anna Krien from The Monthly’s April 2011 issue on sex and the treatment of women in the AFL. Let me say, it was well worth the wait.

Even if you’re not espousing misogynist bile to women (on the internet or IRL), not standing up to it is just as bad, says Mark Sorrell. [Beware of the Sorrell]

Alyx Gorman defends Miranda Kerr, asserting that there probably is more than meets the eye, but she just “won’t let us see it”:

“Even more problematic than its existence in the first place is the fact that Kerr’s construct is damaging to women and girls. By looking and speaking the way she does (when she has other options in terms of presentation), Kerr is intrinsically linking sensuality with stupidity. She is demonstrating that being ditzy and appearance-obsessed (albeit under the guise of being healthy) is what it takes to be one of the most desirable women in the world. By refusing to express a well reasoned opinion on anything of note, and then pushing the point of self esteem, she is sending a message that the source of girl-power, of pride in one’s womanhood, must always be grounded not in who you are, but how you look. Kerr has crafted an image that is the ultimate expression of the immanence de Beauvoir railed against, and she has done so (I suspect) knowingly.

“Instead of being brave enough to show what a beautiful, clever girl looks like, to delve into the nuances of what it means to be a wife, woman, mother and object of desire, Kerr plays to our worst stereotypes of femininity, giving an organic-almond-milk 21st century update to the image of the perfect  50s housewife.” [The Vine]

What’s the difference between a rapist and a men’s mag? Hmm, you tell me. [Jezebel]

On being a recluse. [MamaMia]

The allure of the May-December romance… for the December, not so much the May. [The Good Men Project]

Scream 4. For my money, which I forked out happily, Scream 4 was not only one of the best films of the year (for me, Bridesmaids was number one, followed closely by the fourth installment of the Woodsboro saga), but the best chapter of the franchise.

Bridesmaids. My other favourite movie of the year. While I’m happy that the rest of the world cottoned on to the brilliance of Bridesmaids, my only regret is that it’s not just my little secret.

Black Swan. It was the buzz of the 2011 Oscars for its lesbian scenes, portrayal of mental illness and the controversial partnership between choreographer Benjamin Millipied and star Natalie Portman.

The Lion King 3D. Who could resist the 3D reboot of one of Disney’s best loved animations? It also harkens back to the hand-drawn animation era, being one of the last before computer animated films like Toy Story and Finding Nemo took over.

The Muppets. Probably one of the most anticipated films of the year (in my household, at least!), I was lucky enough to see it in a preview screening early in December. Technically, it’s released in Australia later in January, however it was a Thanksgiving film in the U.S., so I’m sticking by that. A must see for any child at heart.

The Help. The Help really took me by surprise. In August, I saw a preview screening of the film advertised, and it piqued my interest. A few days later, I realised it was based on a book, and before I even had a chance to express interest in reading Kathryn Stockett’s novel, the movie was out in cinemas. I’m glad I didn’t read the book, because the movie was it for me. And for the Academy of Motion Picture Arts & Sciences, apparently!

Breaking Dawn. Breaking Yawn, more like it. While I was sorely disappointed by the first installment of the big screen adaptation of the final book in the Twilight Saga, it was one of the most highly anticipated and grossing films of the year.

X-Men: First Class. I’m not an X-Men fan, so I’m handing it over to my housemate, Eddie, who is:

“For a northern summer blockbuster, it asks a lot of questions about morality of the viewer: should you change or should society change? Is change through force acceptable? Throw in some incredible acting from Michael Fassbender and one of the greatest cameos of all time from Hugh Jackman and you have yourself a very smart popcorn film.”

New Years Eve. In the vein of He’s Just Not That Into You and Valentine’s Day, I’m a sucker for a celebrity-packed movie. While there’s not much of a story, and it’s more of an excuse to perve on the alleged chemistry between Lea Michele and Ashton Kutcher, it’s the perfect mind-numbing holiday movie.

Super 8. As the latest issue of Time magazine (review to come) notes, Super 8 was one of the more hyped movies of the year. While I quite enjoyed it, sadly, Super 8 didn’t live up to its expectations.

Green Lantern. It was the year of green. Kermit’s return in The Muppets, and Ryan Reynolds’ turn as Hal Jordan. Looking back, the film was a bit of a flop in my eyes, but it did set the scene for one of the most talked about hookups of the year: Reynolds and Blake Lively. 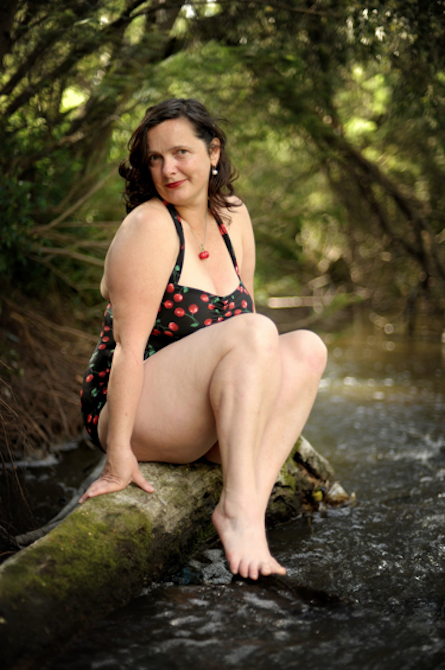 Post of the week: Catherine Deveny on body love. [MamaMia]

On sexual harassment and “nightclub feminist success”. [Musings of an Inappropriate Woman]

Atheists are just as bad as rapists… and feminists. [Jezebel]

Lingerie football. What do you think? Personally, I’m not a huge fan of playing sports in underwear, but I don’t have much of a problem with it. [MamaMia]

“The Problem with My Week with Marilyn.” [Jezebel]

All long-term monogamous relationships are a transaction, says Ms. Elouise, so what’s the big problem with “paying your wife for sex”? [Feminaust]

Facebook, girl-hate and “I’m a better feminist than you” tête-à-têtes. [Howling Clementine]

XOJane on the message Breaking Dawn sends to virgins.

The Manic Pixie Dream Girl trope extends to indie films, too. [The Atlantic]

When hemlines rise, so does bitchiness. [Jezebel]

Much has been made of Stephenie Meye’s Mormon ways in the Twilight saga.

Breaking Dawn was the first installment in the franchise I’d seen since I started this blog and steering it in a more feminist, gender studies-related direction, so I was thoroughly looking forward to all the anti-feminist sentiment the film would be imbued with.

Sure, there was the inspiration for the title of this post—that sex is bad—along with pro-life and abusive partner-sympathising messages, but all in all, the movie bombed. Big time.

The first half was meant to fulfill diehard fans’ fantasies of Bella and Edward’s wedding, which was filled with angsty Bella’s fear as her father walked her down the aisle, which dissipated when she saw Edward because, you know, she’s nothing without him who keeps her grounded and ready to face her life-altering circumstances, and their first bed-breaking love making session, which I will return to momentarily.

The second half consisted of talking CGI werewolves, a life-sapping foetus—sorry, “baby!” as Rosalie so adamantly reminds us—turning Bella into a shell of her former self (who was fairly shell-like to begin with) and her transformation into a vampire.

I have many problems with Bella and Edward’s relationship, but I’ll try to confine them to the bounds of Breaking Dawn’s storyline.

On their honeymoon, Edward and Bella have sex for the first time. Even though Stephenie Meyer did her darndest to save the consummation of the relationship til the confines of marriage, she makes clear, by Bella getting pregnant, that any kind of sex that’s not solely for reproductive purposes is bad. And if a wife tries to seduce her husband, who is so selfless that he forgoes his own pleasure so as not to hurt his new bride, she will be punished with a fast-growing, nutrient-depleting, monster foetus—sorry, baby! On her very first try at lovemaking! Talk about anti-sex sentiments!

(I will say that the role reversal here was interesting; when do you see the female essentially begging for sex from a withholding husband?)

The bruises and the broken bed that occurs from Bella and Edward’s first night together seem a little too close to what might eventuate from a domestic violence incidence. Bella has been brainwashed by her emotionally abusive partner so that she rationalises that his violent behaviour was somehow her fault that he couldn’t control himself. Classic Stockholm syndrome if ever I saw it.

And, of course, there’s the pro-life proselystisation that comes with Renesmee’s accelerated conception and birth. Fitting, considering the hullabaloo in the States, particularly, over abortion and “personhood”. (Does “personhood” apply when the foetus—sorry, BABY!—is only half human?) Under the failed personhood amendment, abortion would be outlawed, even in the case of rape, incest and when the life of the mother is threatened. Stupidity reigns supreme. I would like to think anyone in their right mind would terminate a life-threatening pregnancy, especially when the baby could potentially be a monster. At the very least, I’m sure a rich doctor who has an operating room (albeit one with floor to ceiling windows. Privacy much?) could have delivered the baby prematurely and placed it in an incubator.

Finally, what is up with Jacob imprinting on a newborn? And does Renesmee even have a say in Jacob’s undying love for her? Does Jacob’s imprinting mean that Renesmee essentially imprints on him, too? Or does she have to go about her life with Jacob waiting in the wings, whether she wants him there or not? If you though Edwards stalker tendencies were bad, you ain’t seen nothing yet!

Related: The Catholic Church is Not a Force for Good in the World.