Also from Jezebel, “Facebook Tells You When You Will Break Up” via a handy little graph. I wonder how the graph would change to reflect Australian dating norms and—most interestingly—seasons.

“So, Blair and Chuck are totally mashing genitals against each other for pleasure, and everyone is throwing up all over the place because of it. Because it’s so gross. ‘Hey Blair, let me put my penis inside you behind those bushes.’ THROWUP. ‘Hey Chuck, why don’t you stimulate my vagina with your mouth some more.’ RETCH. ‘Oh my gosh, let’s pant and wheeze and sweat here in this limo because we just rubbed our genitalia together to the point of climax.’… IT’S GROSS, is what I’m saying… But they’re doing it anyway and that was a plot point. Absolutely nothing changed or developed in their fucking…”

Since when did Gossip Girl need a plot point, anyway? It’s a guilty pleasure and that’s the beauty of it.

This 2009 New Yorker article is suspiciously similar to a Law & Order: SVU episode from season 11. But it is a brilliantly haunting read about fire investigation, wrongful incarceration, execution and justice.

“Because, Mr. Fry, do you know what happens to women who openly state they enjoy sex, who act in an overtly sexual manner, who admit to casual sex?

“If they get raped, their rapist walks free.

“Because a woman saying she enjoys sex is obviously always up for it. And a woman who’s had casual sex in the past must not be fussy about who she fucks. And a woman who flirts is just ‘sending the wrong signals’ and completely gives up her right to say ‘no’.”

The allure of the Kindle, by Maggie Alderson.

The original “In Defence of Slut-O-Ween” and, in the same vein, The Stranger wishes us a (belated) “Happy Heteroween”. 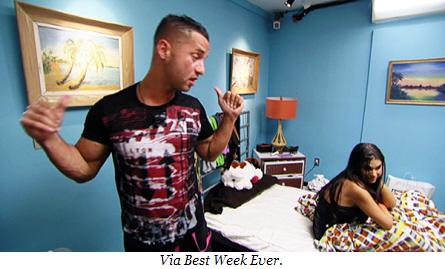 Annabelle DeSisto, the girl who shut down the Situation on Jersey Shore, tells her side of the story on Best Week Ever:

“… He kept asking me if I wanted to change clothes, like to get into something more comfortable like pyjamas. And I was like ‘No’, and he was like ‘But you seem really uncomfortable in that dress, let’s just get you into pyjamas.’ I’m like, ‘Does everything you own have a rhinestone bulldog or dragon or Ed Hardy logo on it?’ And he’s like, ’Yeah, of course!’ And I was like, ‘Then I’m not changing clothes.’”

In defence of Kanye West:

“Part of Kanye’s curse is that after everyone chills out a little, we all realise he was just saying what everyone was thinking, and we were unfair to leap all over him…”

“What is Vampire Sex?” Effing hot, that’s what! 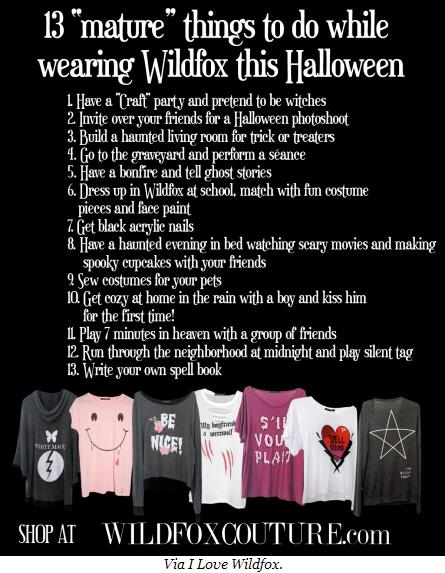 Shameless Wildfox plug: “13 ‘Mature’ Things to Do While Wearing Wildfox This Halloween”. I did just one of these things this Halloween. Can you guess which?

If you missed Zoe Foster’s “All Women Really Want is a Cup Of Fu*king Tea” relationship advice in Cosmo a few months ago, here it is again on her blog, via MamaMia.

“… The concerns expressed in regard to WWE are valid ones—substance abuse problems, content issues, the troubling trend of pro-wrestlers dying way too young. But if Linda McMahon is going to be held personally accountable for every negative aspect of her family business, shouldn’t she be given personal credit for every positive aspect as well? Like the 5,000 wishes to children facing life threatening conditions WWE has granted over the last twenty five years, through ‘Make-a-Wish’ and other wish granting organisations? Or the ‘Tribute to the Troops’ tour that WWE has embarked on every year since 2003; spreading holiday cheer to service-members far from home, in remote bases in Afghanistan, Iraq and Kuwait.” 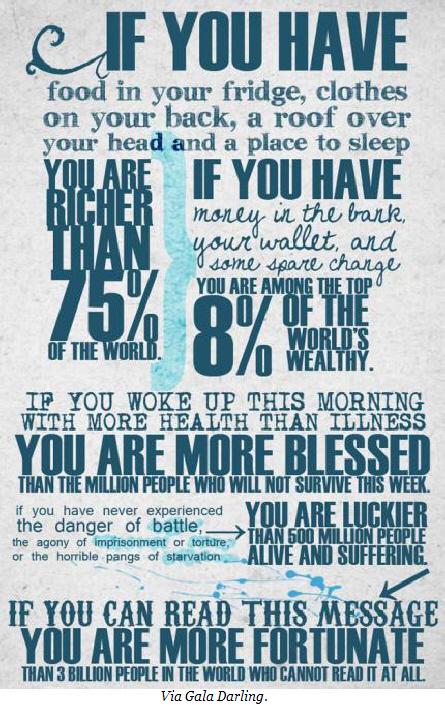 When things are looking glum, take a look at this mantra from Gala Darling. Things aren’t that bad.