What if there was a Bechdel test for movies featuring Native American people? [Mic]

How TV is getting smarter about sex. [WaPo]

A harrowing report on rape in college fraternity houses prompts the question: should frats be banned? [Rolling Stone, Gawker]

FCKH8 is back with their “potty mouthed princesses”, this time proselyting on domestic violence. [Junkee]

Is Mockingjay‘s message getting muddled by the (real and fictional) media? After all,

“We like Katniss, so we want to believe she’s important. But she isn’t a politician. She’s not a military strategist. She’s not a revolutionary thinker. She’s a survivor, and can handle a weapon, but that’s true of most soldiers. The only real value Katniss Everdeen has to the revolution is the fact that people like seeing her on television. She’s a weapon of mass sympathy; if she believes in this war, people at home will join it. And then they will die.”

And in wider, actual society:

“Taylor Swift… recently opined that ‘so many girls out there say “I’m not a feminist” because they think it means something angry or disgruntled or complaining. They picture like rioting and picketing, it is not that at all.’ Actually, it is that—rioting, picketing, and complaining, the synonym for all of these being ‘protesting,’ are pretty darn essential—but hey, who am I to stand in the way of mass appeal?” [In These Times]

Does rap have an immaturity problem? If so, Eminem’s its poster boy. [Grantland] 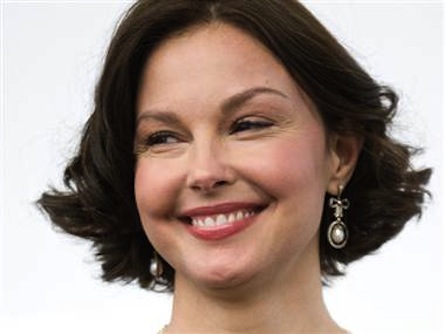 A fictional tale (though a very realistic one) of what it’s like to promise your purity to your dad. [Jezebel]

So Tony Abbott’s sister is gay. Now what? [MamaMia]

Republicans aren’t the only ones making jokes at the ladies’ expense. Obama does it too :( [Jezebel]

The Hunger Games killed it at the box office because Katniss Everdeen was portrayed as a subject as opposed to a “Fighting Fuck Toy”. [Ms. Magazine]

“… ‘But sex itself is just a set of physical activities, it’s easy to imagine someone who’s not into them once you take all the symbolism away.’

“Sex positivity works to broaden our understanding of what sex is (e.g., not just penis in vagina, but body part + body part = pleasure). But what if we also set out to broaden our understanding of intimacy—intimacy is not just sex, but also…—perhaps a new picture would unfold. One where people realize they don’t need to have sex when what they want is intimacy. One where, maybe, there would be a little more gray in our sex-drives.” [Jezebel]

An interesting take on all the Snow White reboots. [io9]

What it’s like to be a guy who reads (or read) Judy Blume. [Jezebel]

Women don’t hate other women for being beautiful. They hate them for having delusions of grandeur, like Samantha Brick. [MamaMia]

Mia Freedman interviews Dr. Michael Carr-Gregg about Matthew Newton. Carr-Gregg seems to think we need to reexamine our views around mental illness and give Newton a fair go. Um, the kid’s been charged three times in the past year and beats up people on a regular basis. I’d say he’s been more than given a fair go. What do you think? [MamaMia]