I raged against the dire state of Aussie TV, particularly in terms of storytelling and racial diversity. [Spook Magazine]

Rape jokes are not “just how the internet is”:

“… [T]he idea that the Internet is static and that everyone’s experience of it is the same, and nothing can ever be changed or fixed is an excuse to not fix a system that keeps certain people comfortable and other people uncomfortable.” [Cosmopolitan]

Orange is the New Black and How to Get Away with Murder‘s Matt McGorry is a feminist. [Jezebel]

Black teens using swimming pools need to be saints lest they get arrested. [Pandagon]

Looking at Hot Girls Wanted from an alternative perspective. [Medium]

More links are over at the 85th Down Under Feminists Carnival. [Ana Stevenson]

Talk about a metatext!

It seems like every two minutes in The Muppets there was a thoroughly enjoyable self-aware reference and celebrity guest appearance. Gary presents Mary with some lacklustre flowers, which were squashed “probably from the dance number I was doing” in one of the opening scenes of the movie. When Mary laments in song Gary’s brother, Walter, joining them on an anniversary trip to Los Angeles, a gardener conveniently sprays water on the window she’s wistfully looking out of. When Statler and Waldorf introduce the “important plot point” involving oil tycoon Tex Richman drilling for oil under the old Muppet Theatre, Walter tries to get the Muppets back together to save it. When this fails to come to fruition midway through, Mary remarks, “This is going to be a really short movie.” And let’s not forget Camilla and the other chickens’ performance of “Forget You”. You can’t get much more meta than that!

As for the cameos, take Jack Black and his School of Rock cast mate Sarah Silverman, for example. Or Dave Grohl on drums for The Muppets cover band, the Moopets, and the later performance by The Muppets Barbershop Quartet of “Smells Like Teen Spirit”. Or Amy Adams as Mary, and her Sunshine Cleaning co-star Emily Blunt in her very Devil Wears Prada-role as Miss Piggy’s secretary. Even Blunt’s real life husband, John Kransinki, makes an appearance. Phew!

But, we’re reminded, celebrities are fair game because they are “not a people”. Makes a poignant comment on our celebrity-saturated society.

That’s the not the only point The Muppets makes. Richman is the personification of the 1% and, like the Moopets, is “a hard, cynical act for a hard, cynical world.”

The film also seeks to promote diversity and acceptance, I thought. Take, for example, the Ebony magazine cover that Kermit fronts, which is traditionally a magazine for African Americans, and how this might represent the Muppets as being beyond racial definition. I also got the feeling that Walter was marketed to be a differently-abled person, which would certainly explain Gary’s reluctance to let Walter go when he is accepted into the Muppet clan and his sheltered existence in Smalltown up til then.

On the first watching of the film, I noticed in particular that Kermit wont tell Miss Piggy he loves her, which is all she asks of him. It reminded me of the Blair and Chuck storyline in Gossip Girl from a few years ago: their back-and-forth love story that depends on Blair needing to hear those words and Chuck never being able to say them. On second watching, I confirmed that, in fact, Kermit never does say “I love you”.

The second time around was more enjoyable. While I originally got to see the film a month before it came out in Australia—and for free!—being in an audience of primarily under 10s wasn’t as good as being in an almost-empty theatre consisting only of Generation X’s who grew up with the Muppets. There was, however, a group of about six teenage fanboys sitting behind me. I was originally annoyed by their chatting in the first ten minutes of the film, but I actually laughed more at them than at the movie when they slid off their seats during the appearances of Neil Patrick Harris and Jim Parsons. But, after watching “Muppet or a Man”, can you really blame them?

“After reading all of Gillard’s statements on this issue and after speaking to those who have talked to her about it, I am convinced she doesn’t believe in marriage at all, for anyone.” [ABC Unleashed]

The “Born This Way” versus choice debate continues:

“But I think the most serious problem with this argument is that it reinforces the idea that we need an excuse to be queer. As a result, using this line subtly supports the idea that being queer requires excusing in some way. Don’t use it. Don’t allow straight people to generate an understanding of queer sexuality that sounds like: ‘Well, of course Bob wouldn’t wish to be queer, but he was born this way. I guess we better give him equal rights—poor Bob, he just can’t help it. We shouldn’t punish him for something he didn’t choose!’

“Meanwhile the real reason that you shouldn’t punish Bob for queerness is because there’s nothing wrong with it!” [Social Justice League]

If you’re unfamiliar with the personhood debate, or just unclear on what it all means, this article by Jill Filipovic is a must-read. [Guardian]

Here’s another great article on Personhood and what it means for abortion laws:

“… As the Personhood message penetrates, then society will understand why women need to be punished just as surely as they understand why there can be no exceptions for rape/incest [bolded text mine].” [Salon]

Why Kyle Sandilands is a dickhead. [The Punch] 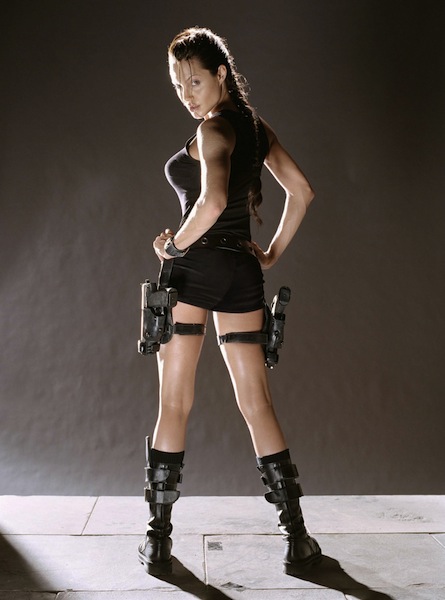 Kelly Osbourne repents for her past “tranny” wrongs. [HuffPo]

The double standards of talking about what goes on down there. [Owning Pink]

Knowing all the evils facing women in our society, would you want to bring a baby girl into the world? [Jezebel]

My, what lovely lady lumps Kristen Wiig has. All the better to be named GQ’s “Bro of the Year” with, my dear. [Jezebel]

Ms. Piggy as feminist and Kermit as douchefrog. [Jezebel]

On being single. [Girls Are Made from Pepsi]