I’m getting straight back into it in the New Year, with pieces about abuse in Jessica Jones, what World Wrestling Entertainment can learn from Jem & the Holograms‘ flop and why its spate of injuries might be a good thing for other wrestlers. [Bitch Flicks, The Spectacle of Excess, Cageside Seats]

Why is there a statute of limitations for rape and sexual assault? [NYTimes]

Erin Riley kicking goals (mixing metaphors, I know) with her piece on the Chris Gayle incident being a symptom of a much larger problem with sexism in sport. [Daily Life]

Mens mental health is important but not at the expense of the women and children they abuse and kill. [Daily Life]

There’s been plenty of coverage of Cole Miller’s death by one punch, but what about Indigenous man Trevor Duroux’s death of the same? [New Matilda]

The history of glitter. [Broadly]

The history of toplessness. [Broadly]

And the history of the crystal ball. [Broadly]

2015 was the year of interracial relationships on TV. [Fusion]

Has Clive Palmer had a feminist awakening? [Junkee]

Why we need to talk about the sexual assaults in Germany over New Years—and the race of the attackers. [New Statesman]

Should wives be held accountable for their husband’s bad behaviour? [The Cut]

And what about Bill Clinton’s alleged sexual assault of a woman in 1978? [Jezebel]

It’s great that you want to read books by more diverse authors, but do you have to tell the whole world about it? Just do it. [Jezebel]

And the sexual politics of that kiss. [Role Reboot]

I wrote about the connection between Crossroads and Grey’s Anatomy. [Bitch Flicks]

A bitch is an opinionated woman who’s not especially beautiful while doing it. [Daily Life]

Providing women with safety tips is a moot point because women are attacked everywhere under all circumstances. [Bullshit Blog]

How the way we speak about Hillary Clinton may influence her presidential bid. [Think Progress]

Here are some practical ways to address the epidemic of violence against women in Australia instead of perpetuating the “monster myth”. [Birdee, White Ribbon] 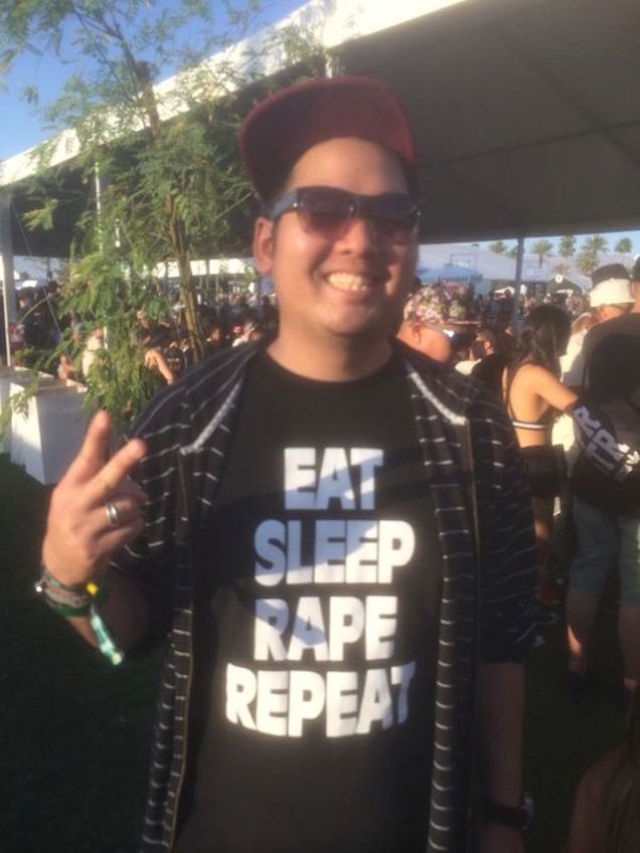 What the “Eat, Sleep, Rape, Repeat” tshirt can teach us about rape culture at music festivals. [Vice]

Janelle Monae is not for male consumption. [Gradient Lair]

“In Defence of the Selfie.” [Spook Magazine]

Have you ever noticed that ubiquitous rom com scene in which the female protagonist wonders out loud whether she “had sex” with the male love interest while drunk? Honey, if you have to ask, it’s rape. [Shakesville]

How celebrities sharing their abortion stories may change the way we think about and legislate reproductive rights. [Flavorwire]

From The Fictional Woman by Tara Moss:

“These self-photographed images, existing as they do in an image-saturated culture, reflect some real aspect of people’s experiences. They are neither inherently empowering nor inherently disempowering. How can we pretend that beautiful young women in advertisements are just good old capitalism, that the publication of revealing paparazzi shots should be blamed on their beautiful, unsuspecting subjects, but selfies are morally dangerous because they sometimes reveal that young women (shock, horror) may try to look pretty or even hope to appear attractive? They are so self-absorbed! Narcissistic! So, we talk about what a big problem it is that women are taking photographs of themselves, without a middle man, and choosing to present those photographs publicly, for their own purposes, rather than the fact that images of women are used to sell everything from beer to automobiles to magazines.”