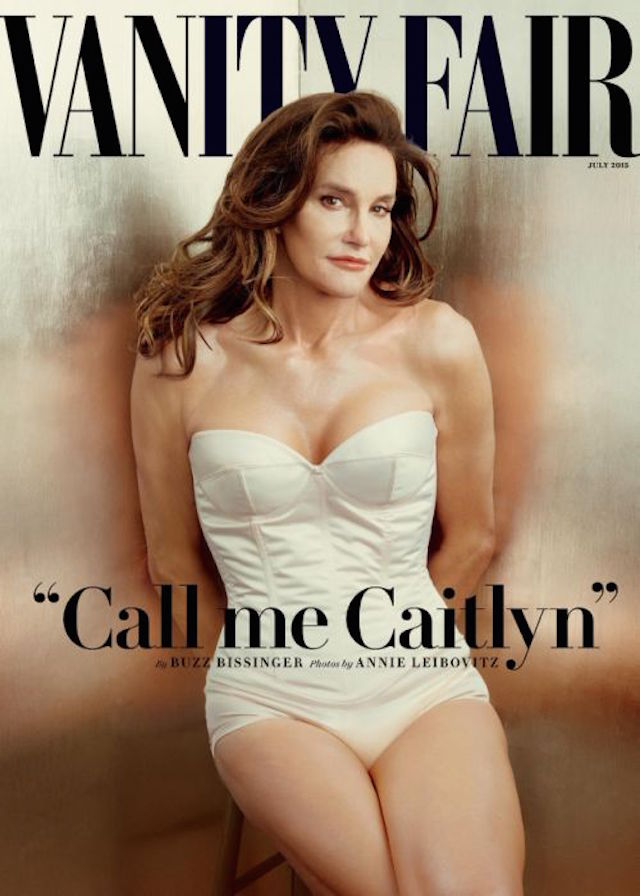 Trans women like Caitlyn Jenner and Laverne Cox have the visibility, power and acceptance to “lift up” trans people who don’t have such privileges. [Laverne Cox]

“… Be conventionally attractive and feminine, and you get reduced to your appearance like any cis woman; don’t, and people won’t accept your identity as legitimate.” [Vocativ]

I asked if Kris Jenner is a bad mother. [Bitch Flicks]

The age gap between some of Hollywood’s most in demand young actresses—Scarlett Johansson, Emma Stone and Jennifer Lawrence—and their much older on-screen love interests. [Vulture]

The dawning of the age of a new (female) action hero. [Vulture]

The language we use to speak about rape may be part of the problem.

Sport is the “great equaliser”. Except when it comes to race:

“Indigenous players are ‘Australians when they’re winning and Aborigines at other times.'” [Overland]

To all those busybodies who enquire when you’re going to have children: “I am writing my final no-thank-you note.” [Longreads]

In defence of the apparently unintelligent lyrics of pop and rap music.

In this weekend’s Sunday Life, Clem Bastow writes about Ryan Gosling and celebrity crushes as being good for a relationship.

The article got me thinking about how Ryan Gosling—who’s held a soft spot in most women’s hearts since The Notebook, but has really launched himself into the ideal man stratosphere in 2011, with his “Photoshopped abs” and busting up fights in the street—lost out to People’s Sexiest Man Alive Bradley Cooper in this year’s contest.

Bastow’s article heavily focuses on the (imaginary?) war between these two, which I find quite interesting. In my mind, Cooper has remained irrelevant this year, bar The Hangover Part II and his blink-and-you’ll-miss-it alleged fling with a newly single Jennifer Lopez. Perhaps if this was 2009, Cooper would have rightly won the competition. But how can you compete with Feminist Ryan Gosling, rescue dogs, faux tattoos, Emma Stone and that drawling, brooding thing Gosling has going on?

I’m not even a Ryan fan, per se, but I can see People made the wrong choice.

What do you think? Cooper or Gosling? Or someone else? Should we even be celebrating the rating of a man’s sexiness? (If it’s based on looks alone, which I believe Cooper’s win is, then perhaps it’s not such a good idea. But sexiness encompasses a whole host of qualities other than how a man looks out of his shirt, and Gosling certainly possesses said qualities.)

Elsewhere: [Sydney Morning Herald] Can a Crush Be Good for You? 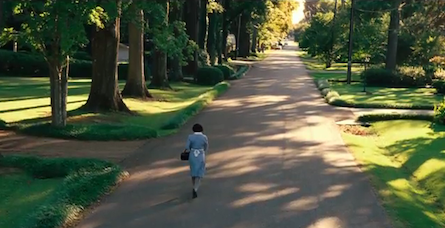 Up until I heard about The Help’s release as a movie a month or two ago, I’d managed to miss all the brouhaha surrounding the release of Kathryn Stockett’s 2009 novel of the same name, and therefore didn’t even know it was previously released in book form.

I promptly jumped online to devour the racial criticisms on blogs of the book, and so was expecting a similarly clichéd film.

Much to my delight, the film manages to steer clear of most of these stereotypes, though in some parts, such as Minny miraculously deciding to take her five or six kids and leave her abusive husband, and the standing ovation the local black church gives to Aibileen and Minnie, who defied the social norms of the time and told their stories as undervalued and blatantly discriminated against “help” to Emma Stone’s Skeeter, are pretty unrealistic.

But Jessica Chastain’s Celia Foote, the naïve, Marilyn Monroe-esque housewife outcast from the social scene in Jackson by fellow stay-at-home wife Hilly Holbrook, played wonderfully by Bryce Dallas Howard, stole the show. She showed that not all white people felt disdain towards the black “underclass”, making them use a specially-installed outside bathroom and take separate taxis, which is one of the main driving plotlines of the story.

I can’t talk this film up enough. While it’s not the best movie ever made, it’s one you should see regardless. Also, look out for cameos by Private Practice’s Dell and True Blood’s Lafayette and Sarah Newlin. And make sure to bring the tissue box!

*It has come to my attention that I give away too much in my movie reviews, so the asterisk will now serve as a blanket *spoiler alert* from now on. 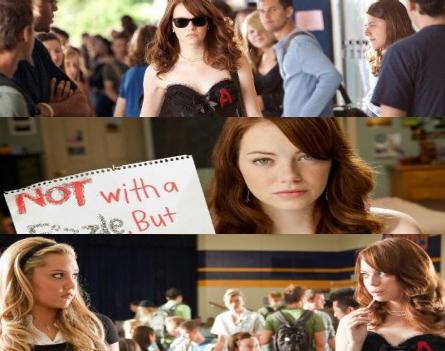 As with a lot of things lately, I’ve hyped them up in my mind so much that when they actually eventuate, they’re a let down.

Some such things that come to mind are a recent work training seminar (can’t give too much information away as it is top secret ;)), the Britney Spears episode of Glee, and Easy A.

Don’t get me wrong, I thought it was a really good movie; Emma Stone is a fantastic actress, Stanley Tucci played the dad (I want a dad like Stanley Tucci!), Gossip Girl’s Pen Badgley played the gorgeously mellow love interest Todd, and it dealt with slut shaming, sex, lies and gossip.

But I felt that some of the actors could have toned their performances down a notch. The always over-the-top Lisa Kudrow played the guidance counsellor who was married to Olive’s (Stone) favourite teacher, but *spoiler alert* cheating on him with a member of the high school’s religious clique. Amanda Bynes was the school bitch and president of said church group and, quite frankly, I find it hard to take her seriously as an actress after seeing an episode of The Amanda Show. And while I do love Tucci, he could have toned down the camp-quality he tends to have in movies—especially as he was playing the straight father.

Other than that, the film was very smart, funny and highlighted the dark undertones that high school can have.

The premise of Easy A is that Olive Penderghast feels sorry for her gay best friend, *again, spoiler alert* so she agrees to fake sleep with him he will stop being ridiculed by the lynch mobs that are his fellow high school students. What Olive doesn’t bargain for, however, is that she’s labelled the school slut, and boys start paying her money to say they had sex. When her female bestie turns on her, Olive takes to sewing a red “A” on all her clothing, à la The Scarlet Letter, which Easy A is loosely based on—“but not the Demi Moore film version”.

Without giving too much more away, Easy A has a certain Mean Girls quality to it, and also harkens back to the teen movies of the ’80s, like The Breakfast Club and Sixteen Candles, which appear in a montage at the end of the film.

Elsewhere: [Jezebel] Easy A Tackles Slut-Shaming, Gossip & What We Expect From Girls Now.

[Jezebel] Is Easy A the New Mean Girls?