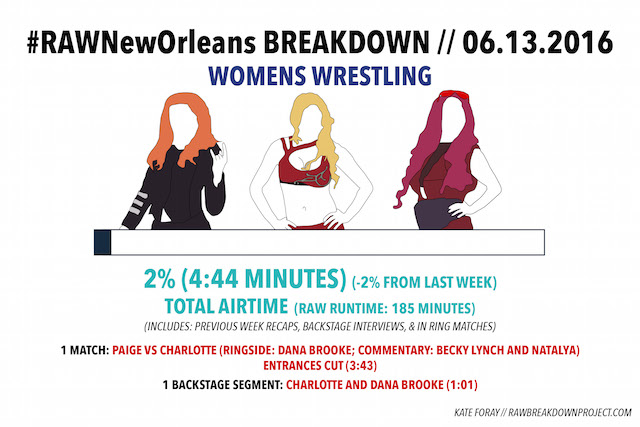 I wrote about why World Wrestling Entertainment needs a women’s Money in the Bank match. [SBS Zela]

Who’s afraid of all-woman alliances on reality TV? [The Establishment]

How Keeping Up with the Kardashian’s is falling behind their Snapchats, Instagrams and personal apps. [MTVNews]

Also: On Edith Wharton and Keeping Up with the Kardashians. [Guernica]

On the public nature of black deaths and the need for lynching memorials. [Lenny Letter]

Blackface is the true face of racism in America. [Fusion]

What role did social media play in the murder of Christina Grimmie? [Rolling Stone]

I wrote about how Beyoncé makes us want to be better people, the feminism of Bad Neighbours 2 and pop culture as a form of self-care. [The Vocal, Bitch Flicks, Feminartsy]

What Kim Kardashian learnt from the O.J. Simpson trial and how she and Nicole Brown Simpson are more alike than we realise. [Can I Live?]

How Me Before You gets disability, assisted suicide and sex wrong. [HuffPo]

The racist history of the pit bull. [Fusion]

This is why women are delaying pregnancy. [ABC]

The rise and fall of Winona Ryder. [Hazlitt]

Would the women of Jane Austen be at home on reality TV? [The Atlantic]

The alluring history of makeup application and YouTube beauty tutorials. [Kill Your Darlings]

We shouldn’t be asking politicians if they’re feminists: we should be asking if their policies are feminist. [Daily Life]

For more feminist reads, check out the 97th Down Under Feminists Carnival. [Zero at the Bone]

Avengers: Age of Ultron is crap because:

“… Whedon can’t get more than five or ten minutes to establish or complicate their motivations, because Marvel is mandating that he not waste screen time on things like the characters’ motivations when he could be shooting ads for their other movies, because Marvel doesn’t care about men, women, or anything except getting you to show up in a few years for the next installment of Avengers.” [Medium]

Why did it handle Natasha Romanoff’s forced sterilisation backstory so insensitively? [Hello, Tailor]

Further to that, an interview with the Black Widow miniseries creator about the feminist implications of said backstory. [io9]

And if we’re calling heroic fictional characters sluts, Black Widow isn’t among them. (Though what even is a slut?) [Flavorwire]

Tavi Gevinson made a comic about the rise of calling celebrities mums/moms. [Rookie]

Ratchet reality TV in the age of Shondaland. [Cleo Journal] 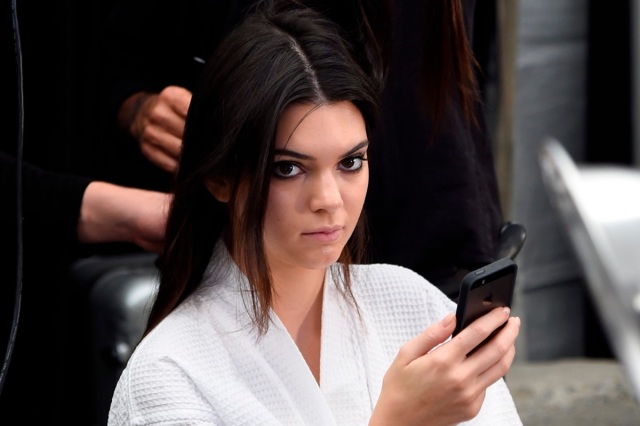 An open letter to Kendall Jenner from a struggling model who doesn’t think she should be handed instant high-fashion fame because “doesn’t she get enough cash from that show that all of ignorant America glamorises?” And, “didn’t her sister have sex with someone on camera and profit from the video sales to get their family its new line of limelight?” I didn’t see the same rhetoric when Georgia May Jagger or Daisy Lowe started modelling and they both come from famous families. But it’s right there in the letter: Kim Kardashian’s family should be punished for the fame they garnered from her sex tape (not to mention the rampant slut-shaming). Aah, just like beauty, the slut-shaming of Kim Kardashian knows no bounds. [The Blot]

What it’s like to work as a violent men’s behavioural counsellor. [Daily Life]

I profiled Outback Championship Wrestling Heavyweight Champion Andy Phoenix and the shades of grey that have been his controversial championship reign. I’ll be writing a bi-weekly column over the summer break, so make sure you check it out.

The tragedy that is redneck reality TV. [Buzzfeed]

Where are the representations of chronic illness in pop culture? Certainly not in scripted television, so reality is a genre that actually prevails in this instance in that it actually portrays a wider cross-section of everyday people. [This Ain’t Livin’]

Caro Cooper on envy, a phenomenon I’ve certainly been dealing with in recent months. Who knows, maybe I’ll end up writing about it, too. [The Lifted Brow]

Janay Rice, in her own words. It’s nice to hear the wife of former NFL Baltimore Ravens player Ray Rice detail the night her then-fiance knocked her unconscious in an elevator instead of having football brass speak for her. It doesn’t make her story any less harrowing, though. [ABC]

What happens to women when they fight back against street harassment? Ridicule, more harassment and murder. [Daily Life]

30 Rock made a Bill Cosby rape joke before anyone else gave a damn. To be clear, this wasn’t a rape joke that made fun of the victim, like most rape jokes do. This skit positioned Cosby as being in the wrong and shed light on his purportedly predatory past before the recent spate of rape allegations came to light. [Crushable, Jezebel]

Rachel Hills has a release date for her book, The Sex Myth! Words cannot describe how excited I am for this book to come out. I’ve been following Rachel’s work for about five years now and she has become a mentor of sorts for me. I can’t wait to see what revolutionary ideas about sex and relationships she packs into this book. I’m currently reading Female Chauvinist Pigs by Ariel Levy and I’m not super-impressed by her narrow-minded and dated assertions. I dare say Hill’s ideas will be much more progressive. [Musings of an Inappropriate Woman]

Check out my second article for TheVine, about the male body objectification trend. More to come here next week.

Still with the sexualisation of male bodies, who knew there was so much to unpack when it comes to Magic Mike? Can I get a redo on the above article? [The Atlantic Wire]

Why is a reality TV star worth a reported $3.5 million seeking funding on Indiegogo to put on a fashion show at New York Fashion Week? On the one hand, use your own fucking money. On the other, it is “the first-ever fan-supported fashion show”. Social experiment or effortless money-grab? [Jezebel]

Mitt Romney is a mansplainer! A Mittsplainer, if you will. [GQ]

Why Fifty Shades of Grey is a badly-written, misogynistic piece of shit that encourages women to stay in an emotionally abusive relationship. [Good Reads]

Channel 9 aired an expose on girls dressing skimpily for nights out on the town. Ita Buttrose said dressing this way makes people assume you’re a “tart”, and men don’t take tarts home to mummy. Charlotte Dawson said girls need to be careful about “the consequences of dressing up like this could be”. Shitstorm ensues. [MamaMia]

Why girls don’t need to develop their self-esteem, they need to recognise that beauty is a tool of the patriarchy to beat women into submission. [The Nation]

In praise of nights in. [Girl Lost in the City]

25 kick-ass feminists you need to know about now if you don’t already. [Jezebel]

Mia Freedman was so unimpressed with Lady Gaga’s Sydney concert, she walked out of it! That doesn’t bode well for me; I’m going on Sunday night! [MamaMia]

If not supporting Gina Rinehart just because she’s a woman doing something in a male dominated industry makes me a bad feminist, then that’s what I am. [MamaMia]

In defence of using the word “vagina” when what we really mean is “vulva”. [Jezebel]

From “The Reality TV/Porn Connection” by Tracie Egan Morrissey on Jezebel:

As tomorrow is Good Friday (Friday, gotta get down on Good Friday), the international day of mourning sleeping in, On the (Rest of the) Net is arriving a day early. Enjoy, and happy Easter!

If you read only one thing this Easter weekend, make it Hadley Freeman’s “Rape is Not a Compliment” on The Guardian.

Rick Morton with “6 Arguments Against Women Serving in Combat Roles (And Why They’re Dodgy)”.

The pros and cons of trash reality TV and its treatment of women.

MamaMia has picked up Airiel Clark’s “Slut-Shaming on the Playground”, as well.

The view from the other side of the burqa is not one I agree with, but it’s a valid one nonetheless:

“Before you scream your disagreement, which many of you may do as a knee-jerk reaction to being told you’re also oppressed, stop and think. Look around you; contemplate society today, and its values, its aspirations, its goals, its direction, its past-times, its hobbies….

“What good has it done for images of uncovered made-up women to be plastered on every billboard and magazine, on the TV, in the movies, and on the net?

“The women in the images may aptly feel good about themselves for a while, but what does it mean for every other women?

“Women who look upon these images usually become anxious, jealous, unsure and critical of themselves, or all of these things. Many men who view them will become aroused, or even unhappy, less satisfied with the partners they already have. What can, and does this lead to?

“Cheating, dumping, chastisement, and even harassment of other women, and even children, by men who cannot find a legitimate outlet for their constant arousal.

“And yes, I can hear some of you; ‘then the men must control themselves!’ Frankly speaking that argument is well spent, not to mention futile, as most men are, inherently, only able to react to that, the same way a hungry lion would react if thrown a juicy piece of steak, and told not to eat it…” 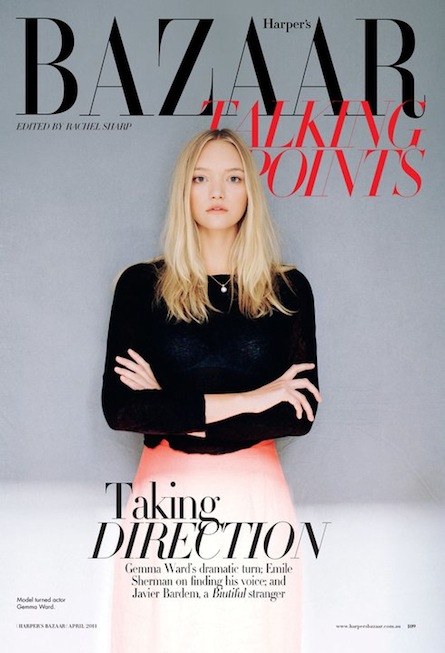 Gemma Ward makes her return to the newsstand.

“What to Wear for SlutWalk”:

“Wear anything you like, the organisers told me when I emailed them…

“SlutWalk will feature people in all sorts of garments and gear, dressed for the office, clubbing, yoga, walking the dog, whatever it is that people wear as they go about their lives not asking to be raped.”

A behind-the-scenes look at how Mia Freedman’s Sunday Life profile pictures go down.

Also at MamaMia, Freedman writes on Paper Giants (more on that to come next week; oh, the perils of not yet being digital TV-ready!), Park St, and the relevance and demise of magazines in 2011.

Nina Funnell on the “appalling” and “exploitative” nature of child beauty pageants. 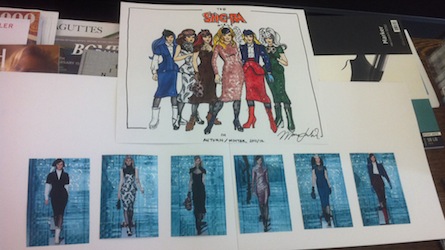 She-Ra gets a fashionable makeover for a good cause.