Check out my last minute Halloween costume ideas and the one I contributed to Junkee‘s roundup.

Speaking of Drake, his obsession with “good girls” is sexist. [Fusion]

On the silence of child sex abuse victims:

“Child sex abuse victims face a dilemma. To be recognised as victims, they cannot remain silent, but they must be silent enough to seem authentically hurt.” [WaPo]

Why putting women on the American banknote is far more complicated than we realise:

No, the Kardashians didn’t destroy Lamar Odom. They took him under their wing and supported him through his addictions and losses. [LA Times]

The problem with speculating about homophobic people’s sexuality. [Kill Your Darlings]

“What happened to Whoopi Goldberg?” [WaPo] 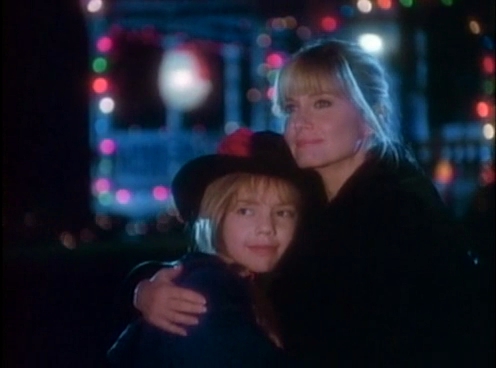 Anne Helen Peterson dissects the ultimate family Christmas movie, The Family Stone. What’s your ultimate Christmas movie? Mine have always been the Home Alones (I’m partial to the second one, Lost in New York) (whose haven’t?), the Miracle on 34th Street remake with Mara Wilson and the trashy ridiculousness that is Olivia Newton John in A Mom for Christmas. The plot, for those of you unlucky enough to have never heard of it, is this: Jessica is a motherless girl who wants a mum for Christmas. She makes a wish on a department store wishing well for, you guessed it, a mum for Christmas. Next thing Jessica knows, Amy (Newton John) shows up for the holiday season to act as a housekeeper and babysitter for Jessica and her dad. Plot twist: Amy is a department store mannequin come to life. Hijinks ensue. [LA Review of Books]

ICYMI: I wrote about my unmet expectations of The Blogcademy and where I see my career going in 2015.

The dawn of female pleasure-centric sex scenes on TV is upon us. [Vulture]

This journalist should have written that the Montreal massacre of 25 years ago was an explicit attack on feminists rather than sanitising the crime to make it more palatable to readers. [Ottawa Citizen]

Mindy Lahiri was the most revolutionary character on TV this year and, finally, the female answer to the legendary antihero. [The Guardian]

Getting it right when talking and writing about gender and sexuality diversity. [Junkee]

Feminist writers of the Aussie and NZ persuasion, including yours truly, are featured as part of the 79th Down Under Feminists Carnival. [Hoyden About Town]

I went as Beyoncé standing in front of the feminist sign at the MTV VMAs to my work Christmas party. Head on over to my Twitter page to check out photos from the night.

My friend, colleague and important disability advocacy worker Stella Young died on the weekend. Below are some of her pieces I have linked to in the past.

And in her piece from Destroy the Joint, Stella insists she’d like to just be allowed in the joint! [ABC Ramp Up]

How to speak to and about people with disabilities. [ABC The Drum]

“The Case Against Peter Singer.” [ABC The Drum]

People with disabilities are not here for your inspiration. [ABC Ramp Up]

Peter Dinklage shouldn’t be fetishised at an “unlikely crush”. [ABC Ramp Up]

MamaMia spoke to Stella about the National Disability Insurance Scheme, and she also wrote there about the disability pension myth.

“You know, with all the horrible crap I’ve been through in my life, now I get to add that,” Santana responds to Finn’s efforts to show her New Directions and the Troubletones are there for her by staging a week of lady-on-lady music.

Watching Santana be forced out of the closet was pretty uncomfortable for all those involved on either side of the screen, no matter how many Katy Perry songs were there to ease the pain.

Naya Rivera portrayed Santana’s grief, sadness and discomfort perfectly, as both glee clubs essentially patronised her into coming out. Sure, as Finn points out, she’s going to be outed by Sue’s Congressional opponent’s campaign video anyway, but watching someone be coerced into doing something they really don’t want and aren’t ready to do was painful to watch.

But, in the spirit of the episode’s title, midway through the episode Santana and her glee club comrades told a douchey rugby captain who claimed he could “straighten her out” where to go. The rushed exchange between Josh Coleman and glee girls really summed up the issues surrounding being gay in America:

“It’s not a choice, idiot, but even if it were you’d be our last choice.”

“So what if we are? You don’t stand a chance either way.”

Also interestingly, when the girls sing “I Kissed a Girl”, they engage in the very girl-on-girl-for-guys performance that genuinely non-straight women are trying to tackle. Whilst I did enjoy the rendition, it reminded me of the high-school experimentation my peer group engaged in at the appeal of and for the opposite sex. Sure, there’s nothing inherently wrong with that, I guess, but it undoes all the work of gay and bisexual women to be seen as having legitimate sexual orientations that don’t revolve around how the patriarchy wants them to perform their sexuality.

Indeed, it undid all the work Glee was trying to do in this episode.

Related: Glee: Santana is Forced Out of the Closet.

The Underlying Message in Glee’s “The First Time” Episode.

The Underlying Message in Glee’s “I Am Unicorn” Episode.

Glee Back in Full Force.